22% of the Photos You Stored Are Bad: Avast Study 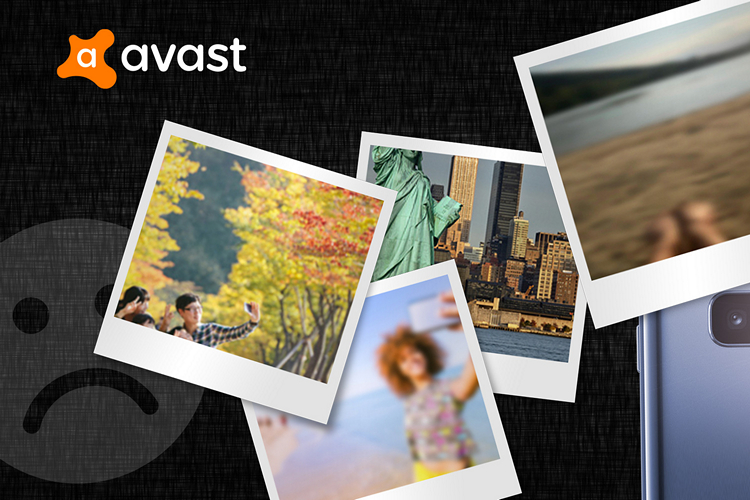 A recent study by Avast has shown that about 22 percent of the photos stored in Android phones were either of low-quality or duplicates. A list of 45 countries ranked based on the percent of wasted space has also been released by the popular cybersecurity company.

The data for the study was taken from the company’s own Avast Cleanup app. Nearly 3 billion photos from over 6 million users were subject to the study from December 2018 to June 2019.

From the data, the company initially concluded that 16% of the images that went through the cleanup app were just duplicates of one another. This can happen a lot if you’re one of those people who often tend to use the burst mode option while capturing photos in the hope of capturing the moment without any blurriness in at least one of them. Often, people forget to delete the unwanted ones and that clutter adds up resulting in duplicate images.

Take a look at the list of countries where people have a lot of duplicate photos in their phone gallery below. 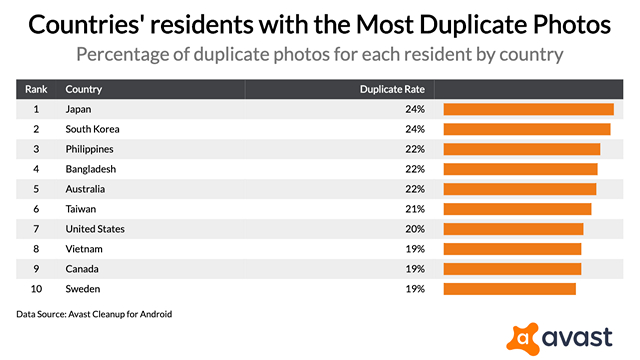 Also, 6% of the images were of poor quality, blurry, or completely dark. These images are often not useful at all and you probably won’t be uploading them on any social media platform of your choice.

Take a look at the country ranking list based on the percent of wasted space below. (lower is better). 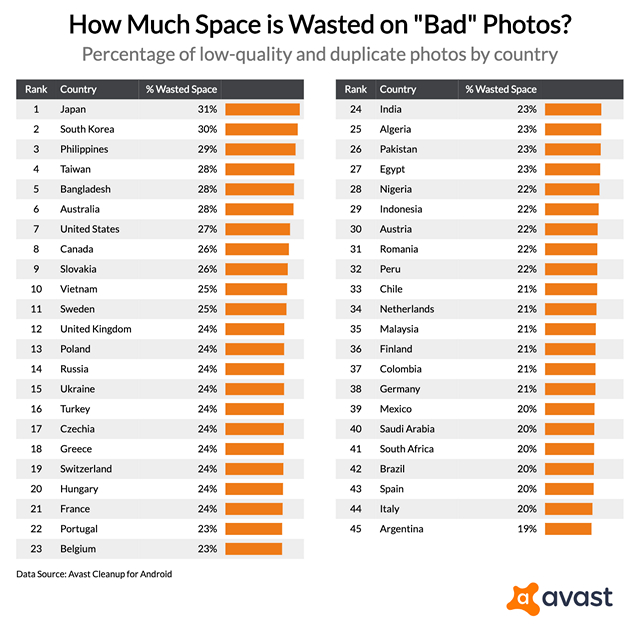 Taking an average from 6 million users, a user is likely to have 952 images on his or her phone. In those, about 58 images are likely to be of low-quality while 154 images may be duplicate. Upon estimating the average size of an image to be 3 MB, Avast concluded that its users are wasting almost 636 MB of storage.

Avast says that this estimated wasted space value could go even up on modern smartphones. “My phone’s 12-megapixel camera means every shot weighs a hefty 10-12 MB. In this specific case, you’re easily looking at more than 2 GB of wasted storage space on your phone. To put that in perspective, that’s like downloading 2 HDTV episodes of Game of Thrones.”, wrote an Avast representative in a blog post.

The company claims that WhatsApp is one of the major “storage eaters”. “Our study revealed that, on average, our users had 292 WhatsApp images stored on their phone,” says Avast.

This is mainly because of the auto-download feature that is enabled by default. Often, people don’t care to tweak the auto-download settings as internet data balance is no longer a limitation or a precious resource in a lot of countries.

So, what do you think of these results? Let us know your views on it in the comments.