Life is Strange game developer Dontnod Entertainment may have moved on from its story of young, time-travelling love, but a graphic novel series is picking up where the studio left off.

Life is Strange: Strings, the third volume in the Life is Strange graphic novel series, will release next year on April 21, game publisher Square Enix and Titan Comics announced today. 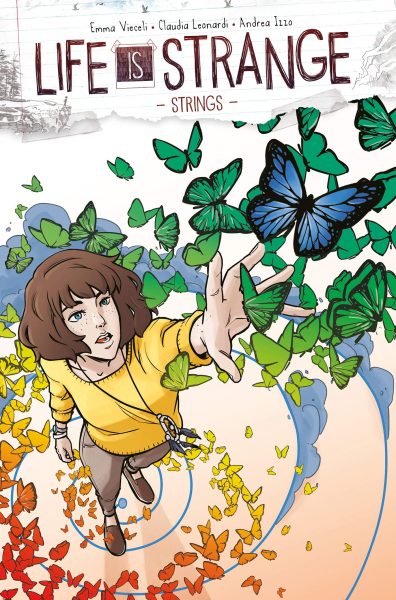 Following the release of graphic novels Life is Strange: Waves and Life is Strange: Dust, the third release in this series continues the story of the original Life is Strange game protagonists Max, Chloe, and Rachel, compiling issues #9-12 into a single volume.

Written by Emma Cieveli, with illustrations by Claudia Leonardi, this officially sanctioned comic series is set one year after the events of the original Life is Strange game. The storyline follows on from the “Sacrifice Arcadia” ending of the Dontnod release.

“She used her strange new abilities to reconnect with her oldest friend, Chloe Price, and to bring to justice the men who had murdered Chloe’s closest confidante, Rachel Amber.

“Max’s temporal abilities came at a cost, however, creating a once-in-a-generation hurricane that threatened the town with total destruction, if Max didn’t allow the original timeline – in which Chloe died of a gunshot wound – to play out. In one sequence of events, Max chose to save Chloe’s life, sacrificing Arcadia Bay. And in a multiverse of infinite possibilities, this is one version of what happened next…”

The post A new Life is Strange graphic novel will continue the story of Max and Chloe appeared first on VG247.