A person submitted all of their college essays in Skyrim Dovah

If you have a lecturer that really, really annoys you, you could probably get back at them by writing all of your assignments in Skyrim Dovah, aka Dragon language.

A Reddit user named NicolasYang248 recently did exactly that. I’m not sure whether or not Nicolas did this out of spite or curiosity, but who cares. What matters is that there is a professor somewhere in the world sat looking at a Dragon to English translator right now, trying to decipher organic chemistry diagrams or close readings of Romantic poetry written entirely in Dovah.

The best part about this is the delivery, though. Look at the post below.

Should I stop? from skyrim

“Should I stop?” asks Nicolas. Stop what, I think to myself – what are you talking about Nicolas?

“I wrote my essays and summaries for school in dovah,” Nicolas explains. “Is this bad?”

At first, I thought, “Zu’u los ni sure fod zu’u sahvot hi mate,” which is Dovah for, “I’m not sure if I believe you mate.” 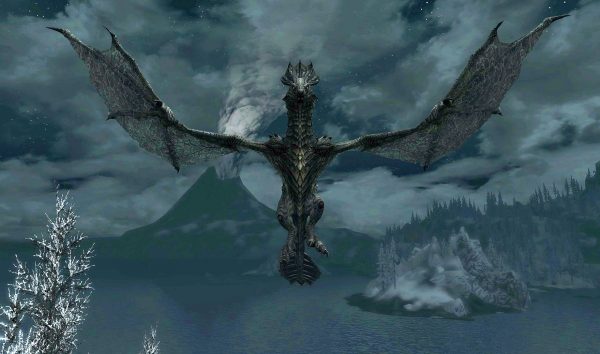 The commenter in question had apparently tried to learn Dovah before, but could only remember a mistranslated David Bowie quote – “Knowledge comes with death’s release,” from the song Quicksand. Apparently it was mostly correct, but according to Nicolas, it actually said, “courage comes with death’s release.” Close nuz nud cigar, I say to myself, which means, “close but no cigar.”

Anyway, I think it’s brilliant. I wish more people were brave enough to submit academic papers in Dragon language. Stop kos nikriin pah, I say, which means, “stop being cowards everyone.” It is amazing to me that Dovah has a word for “cowards” but no word for “stop.” That is true power.

I’ve reached out to Nicolas for comment. If I manage to get a copy of the paper written in Dovah, I’ll post it here.

In related news, giants won’t stop flying around on dragons in Skyrim. They probably speak Dovah as well. I think they probably learned it to form an alliance with the dragons in order to get back at the guy who whacked a giant into the stratosphere by shooting him in the balls with an arrow.

The post A person submitted all of their college essays in Skyrim Dovah appeared first on VG247.