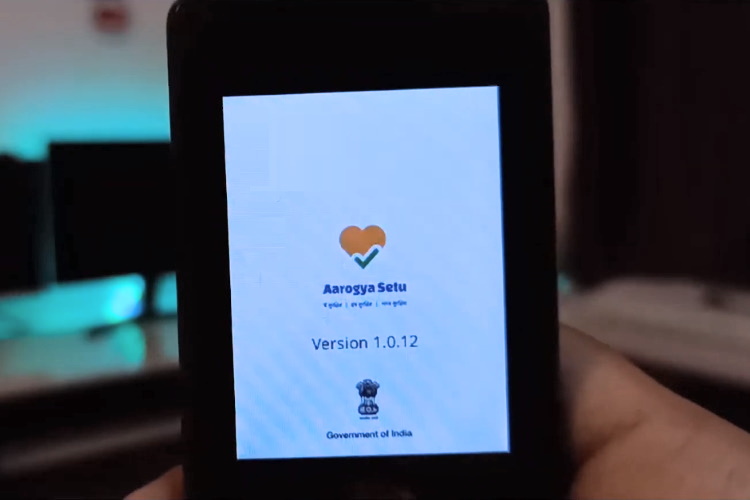 In line with the rumors, India’s COVID-19 contact tracing app Aarogya Setu has been rolled out for JioPhone users in the country. The app was first launched over a month ago for Android and iOS. It has since been installed by over 100 million netizens and should reach more users with its availability on Reliance’s feature phone – JioPhone.

What does this news mean for the 50 lakh JioPhone users across India? Yes, there are close to 50 lakh users of this low-cost 4G feature phone that’s powered by KaiOS. The Aarogya Setu being made available on the Jio Store means they’re now included in the contact tracing pool – important for a country with a huge population like ours. If you own a JioPhone, head to the ‘Health’ section in the Jio Store app to install the Aarogya Setu app.

As seen in the image above, the Aarogya Setu app on JioPhone looks and feels exactly like the smartphone app. You have the risk assessment shown at the top, followed by social distancing suggestions and precautions one should follow during the pandemic. You will also find self-assessment tools and helpline numbers in this app.

Note: We did not have a JioPhone on us at the moment, but we suggest you check out the installation process and features in this YouTube video right here.

The Aarogya Setu app is currently not available for all JioPhone users. A Jio Support representative on Twitter recently confirmed that the app has been rolled out only for JioPhone model number LF-2403N users. Other models are set to receive the app over the coming weeks.

Though it’s amazing to see the government rushing to include every sect of the society aboard the Aarogya Setu app to make it simpler to trace the spread of Coronavirus in India, the app has been called out for privacy concerns over the handling of user data. The app is said to be capable of continuous location tracking but the government has denied all allegations.

In light of the allegations, the government recently issued a fresh set of guidelines that allows users to request deletion upon request. It also prohibits the storage of Aarogya Setu app’s data for more than six months, which is a welcome move. Also, if you didn’t already know, the contact tracing app was made mandatory for all public and private sector employees. This move has, however, recently been termed “utterly illegal” by Supreme Court Judge, B. N. Srikrishna.