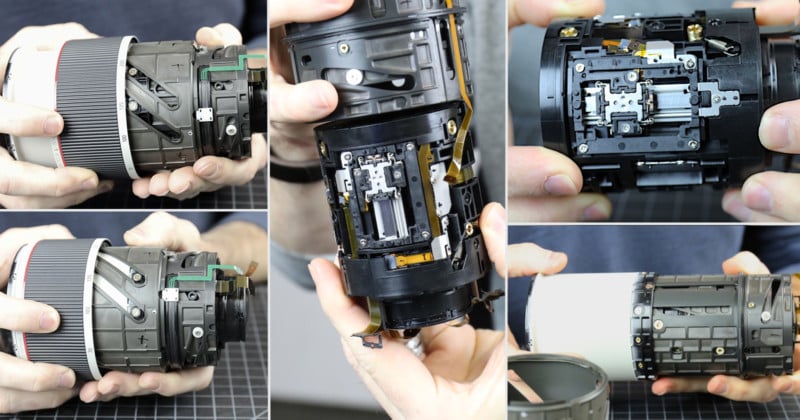 LensRentals just finished their teardown of the incredibly light and compact new Canon RF 70-200mm f/2.8 lens, and what they found will make Canon users very happy. Not only is this lens a beautifully engineered marvel–a total redesign of the “typical” 70-200mm f/2.8 formula–it is also, in Roger Cicala’s words: strong, like bull.

As with all of Roger’s teardowns, the whole thing is a complex and fascinating affair that you should check out in full on the LensRentals blog. But if you want the TL;DR, it goes something like this:

Ever since first seeing this marvel of a lens–which weighs a full pound less than 70-200mm f/2.8 lenses of yore, to say nothing of the collapsible design that makes it just 5.75 inches long–Roger wanted to answer a simple question: “how did they do that?” And the answer is, quite simply, by re-designing the traditional 70-200mm f/2.8 lens from the ground up, taking advantage of the short flange distance of the full-frame mirrorless RF mount while simultaneously packing in as much modern day engineering as possible. 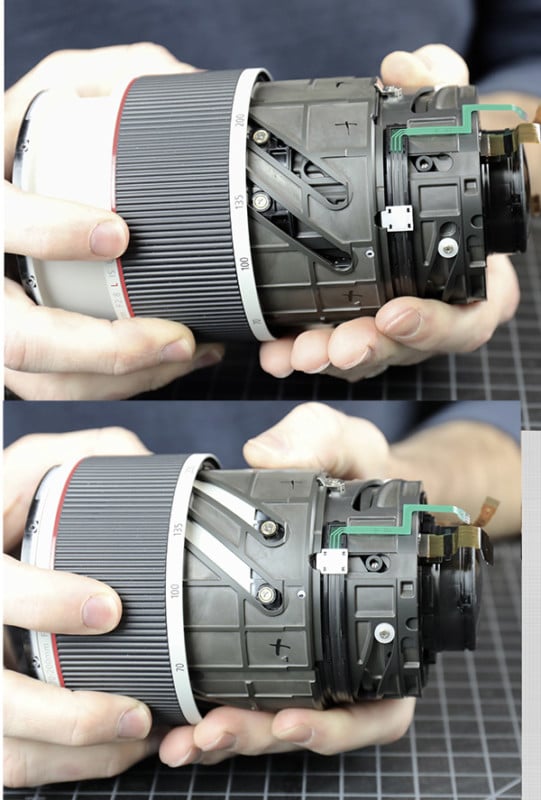 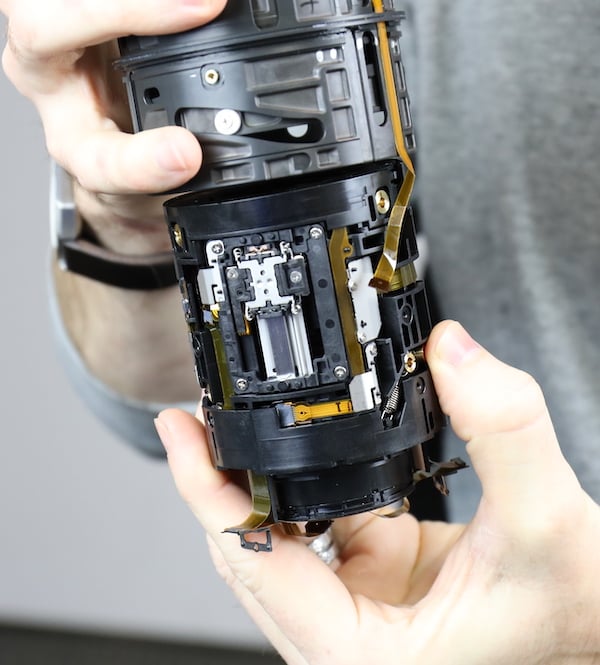 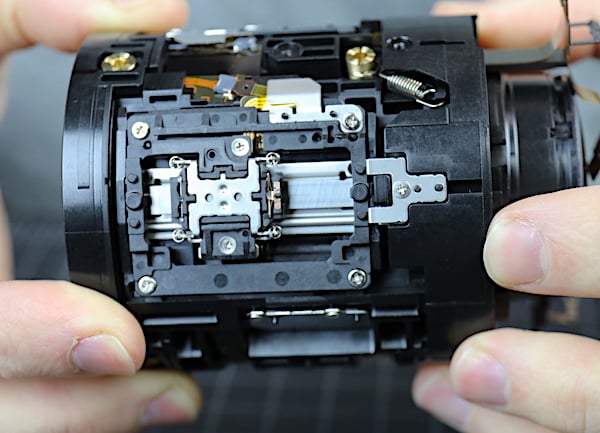 As Roger explains in the conclusion of the extensive teardown post, this lens borrows almost nothing from the 70-200 lenses they’re used to tearing down, which means “a lot more work for the designers” but produced something that is both engineering marvel and “strong as hell”:

It’s obviously very robustly engineered from a mechanical standpoint. The internal composites are strong as hell. There are double cams, rods, and posts everywhere. There’s no play in any moving parts. We can’t imagine there will ever be play in the moving parts unless you run over it with a truck. You could describe it as ruggedized, but I’m going to stick with Strong, Like Bull, and suggest we refer to this as the RF-SLB 70-200mm f/2.8 from now on.

If you are at all interested in lens engineering, or you need reassuring that the extending lens design of this 70-200 is every bit as sturdy as the 70-200s you’re used to, definitely check out the full teardown on the LensRentals Blog. There’s a lot to praise about this incredible new zoom lens, and they haven’t even tested the optical quality yet…