Bungie will make it so Destiny 2 players can experience seasonal content all year starting with Season 12 this fall.

According to the developer, beginning this fall with Season 12 of Destiny 2, the “core parts” of the seasonal experience will “live on” after the current season has ended.

This means that those late to the party will have the opportunity to participate in older activities without season-specific requirements.

In Year 4, the team will build a better-interconnected narrative and allow players to be part of it no matter where they enter it during the current year.

“This means if you start playing in March 2021, you could go back and experience the Season 12 and Season 13 narrative content,” said creative director Evan Nikolich. “We want our stories to feel more cohesive, flow with meaningful momentum Season over Season, and lead to an exciting climax each year.

“We haven’t preserved enough history for a player who comes in mid-year to have any concept of what came in that year’s prior Seasons. As a result, players can feel left behind later in the year and unable to experience the stories or to acquire prior Seasons’ weapons and gear. The Forsaken Season Pass allowed its content to build up over the course of the year, and that’s where we’re heading in Year 4.”

This will include activities like Season of Dawn’s Saving Saint-14, Exotic quests to acquire Devil’s Ruin and Bastion, and the Sundial activity. The Obelisks experience though, for example, would be sunsetted. 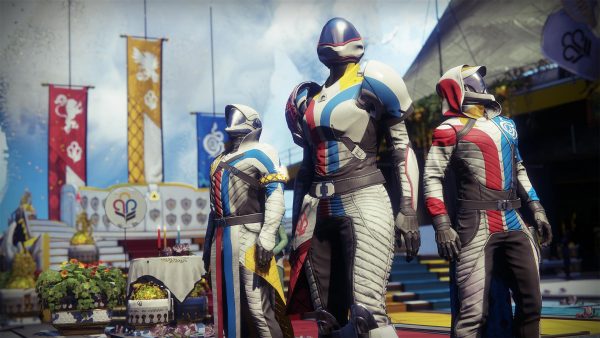 Players will also want a good reason to play a prior season, so Bungie will also carry forward rewards throughout the year. The team wants players to be “part of that chase” no matter when they enter in the year and this will also reduce the “pressure” to collect all rewards during a single season. To help in this matter, Bungie will add selected weapons from Seasons 8-10 to an engram that will drop during Season 11.

Using Season of Dawn as an example, Nikolich said rewards from Sundial would continue to drop from Sundial, but how they drop will change because narratively, Osiris has left and the Obelisks have been removed. However, weapons and gear would still be present and the goal is to provide multiple ways for players to earn prior seasonal rewards.

Bungie is also considering making seasonal rewards available to earn in modes such as Strikes, Crucible, and Gambit

If you play Destiny 2, you’ll want to give the weekly update a read to find out more.

The Guardian Games event is currently live in the game, here’s information on the various Patrol types.  For more Destiny 2: Season of the Worthy guides, you can check out how to complete Into the Mindlab and where to find the EDZ, Moon, and Io Seraph Bunkers.

The post Destiny 2 Seasons can be experienced all year starting with Season 12 appeared first on VG247.