Bethesda has released a hotfix dealing with issues that cropped up in Fallout 76 update 11. It has also provided details on the next in-game event.

First up, the hotfix for Fallout 76.

Today’s hotfix addresses a bug that could prevent Legendary enemies from dropping Legendary loot. There are other issues the team is looking into regarding enemies which aren’t Legendary being displayed as such.

It is also investigating reports of missing Power Armor pieces following update 11, and issues where events and daily quests aren’t completing correctly. Stability issues have also been reported and are being addressed. Another hotfix will be released once the problems have been ironed out.

You can look over the hotfix notes at the link. 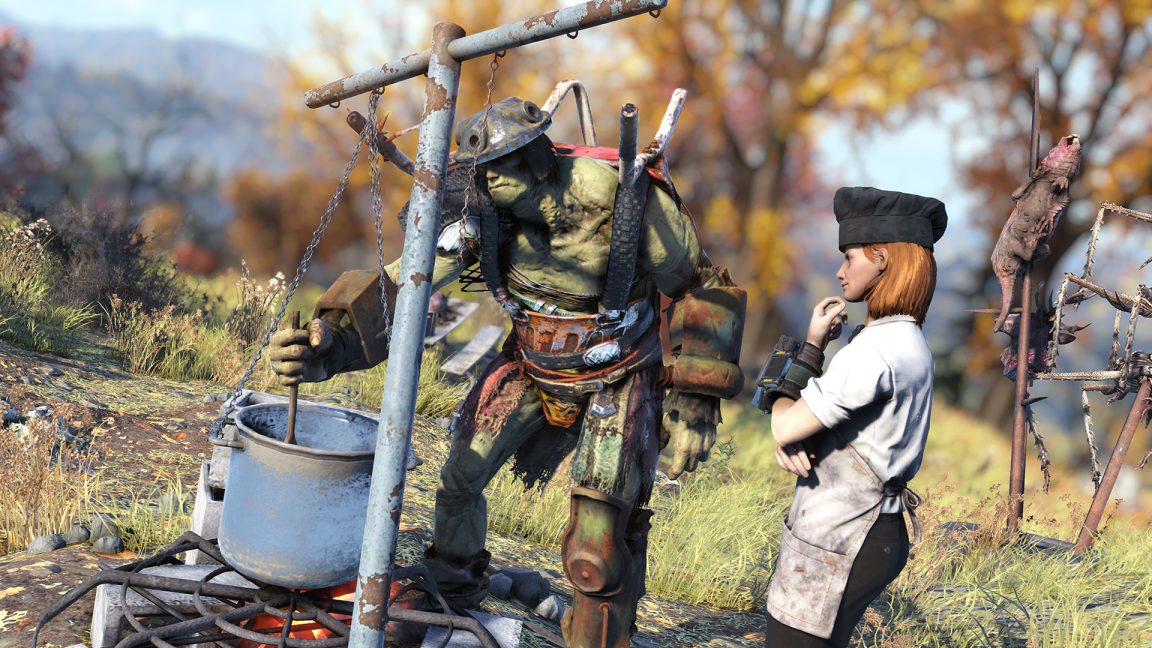 The next, upcoming in-game event was also detailed today.

Dubbed Meat Week, players will be celebrating all things, well, meat. NPC character Grahm will need help gathering food for this celebration, and that’s where you come in.

Primal Cuts tasks you with hunting various beasts to collect their meat and then deliver it to Grahm’s Meat Cook. This event starts every 15 minutes and will appear in three different locations on the map at the same time. A different creature will be at each location, each with varying difficulty levels. Harvesting the creature for Grahm will earn you XP and Caps along with Legendary Scrip.

Grahm’s Meat Cook kicks off every hour and here you will be helping Grahm out a bit more. While he is grilling up the meat, you will be cleaning up leftovers, turning the spit, gathering feed for Chally the Moo Moo, stomping out brush fires, and more.

Should your efforts and those of your fellow players turn Grahm’s cookout into a hit, you’ll earn some barbecue-themed loot. The more successful the party, the higher the chances of better loot. You can complete Grahm’s Meat Cook as many times as you want to.

More information on the event can be found at the link.