The Call of Duty: Modern Warfare Season 5 gameplay trailer was recently posted online, offering players an idea of what to expect when the new season kicks off later this week.

You can check out the Call of Duty: Modern Warfare Season 5 trailer for yourself in the video embedded below, which features details for both Modern Warfare and Warzone.

The Season 5 update includes a variety of new maps for Call of Duty: Modern Warfare, including Suldal Harbor and Petrov Oil Rig for 6v6, Verdansk International Airport for Ground War, and Livestock for Gunfight.

Meanwhile, Warzone is getting several of its own changes. There’s a train going around the map now, and players are now able to fight inside of the stadium instead of only being allowed to camp out on top of it. There are also appear to be turrets on vehicles, which should introduce an interesting spin to team games.

Call of Duty: Modern Warfare Season Five is due to launch this Wednesday, August 5. 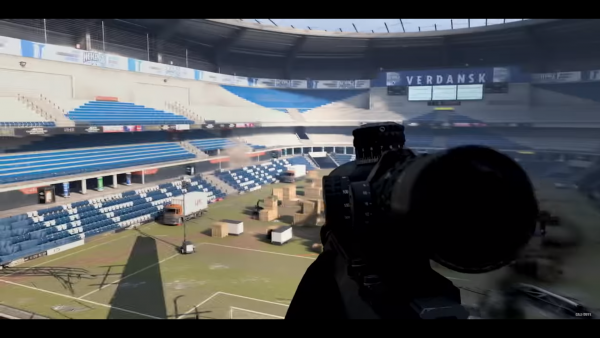 In related news, a recent leak revealed details about Call of Duty: Black Ops Cold War’s maps, campaign, zombies, and more shortly after the game appeared under a “Red Door” codename on the Microsoft Store.’Meanwhile there are more bans on the way for people who have been caught cheating in Call of Duty: Modern Warfare and Warzone.

If you prefer old-school Call of Duty, you might be in luck. The free games for PS Plus subscribers this month are Call of Duty: Modern Warfare 2 and Fall Guys: Ultimate Knockout – however, it’s important to note that the Modern Warfare 2 remaster only features its original campaign, and doesn’t come equipped with the game’s iconic multiplayer.