Yeah, that was a rather cheesy headline, but it is the title of the new Lost Tales of Greece episode for Assassin’s Creed Odyssey.

In the episode, Kassandra receives an invitation from Anais to visit her farm in Arkadia. Kephallonia is apparently an old friend of hers.

Along with the release, new items are soon to be available in the store and at the Oikos of the Olympians. It’s the Ikaros Pack and comes with a gear set, a mount, and a bow. This new pack will be available on August 27. 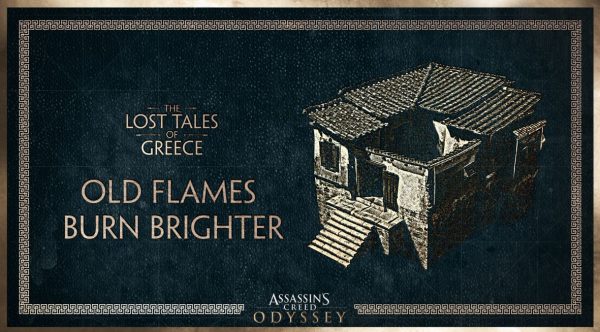 Later this month, update 1.5.0 will be released. Along with some fixes, the patch will prepare the game for the upcoming release of the Discovery Tour: Ancient Greece.

Plenty to look forward to then.