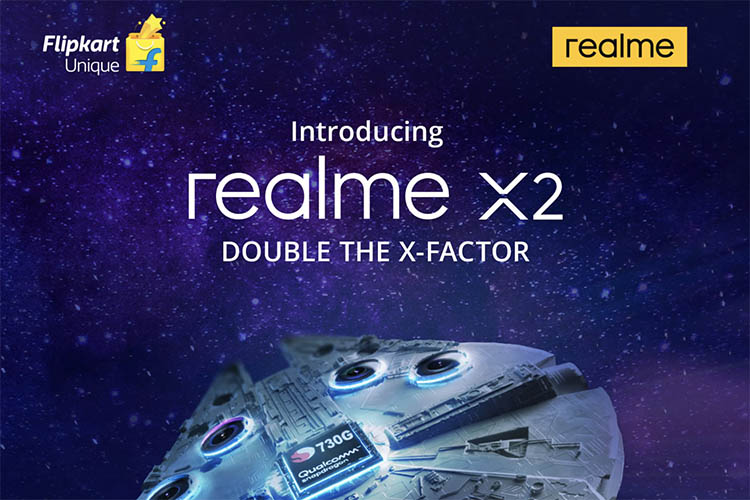 Interestingly, the landing page for the upcoming smartphone also suggests a Star Wars theme, suggesting that a ‘Star Wars Edition’ might also launch alongside the standard model. The company is also launching its AirPods look-alike ‘Realme Buds Air’ in the country on the same day, which means we’ve got a lot to look forward to next Tuesday.

It’s not immediately clear if the Star Wars Edition will ship with the same configuration as the standard model or if it will bring something more to the table. However, one would guess that it would largely be restricted to the design on the outside and a superficial Star Wars theme on top of the same ColorOS 6 based on Android 9 Pie. However, with Oppo having already unveiled ColorOS 7 recently, it will be interesting to see if the upcoming device will bring that out-of-the-box.

Like the Chinese-spec model, the Indian version of the Realme X2 should also ship with a 6.4-inch FHD+ Super AMOLED display with a teardrop notch and an in-display fingerprint scanner. It will, of course, be powered by the Snapdragon 730G and, will come with 6GB/ 8GB of LPDDR4X RAM alongside 64GB/ 128GB of storage. Imaging options should include a quad-cam setup at the back, led by the 64MP Samsung GW1 sensor, and a 32MP selfie-cam upfront.