See the Hilarious Winners of the 2019 Comedy Wildlife Photography Awards 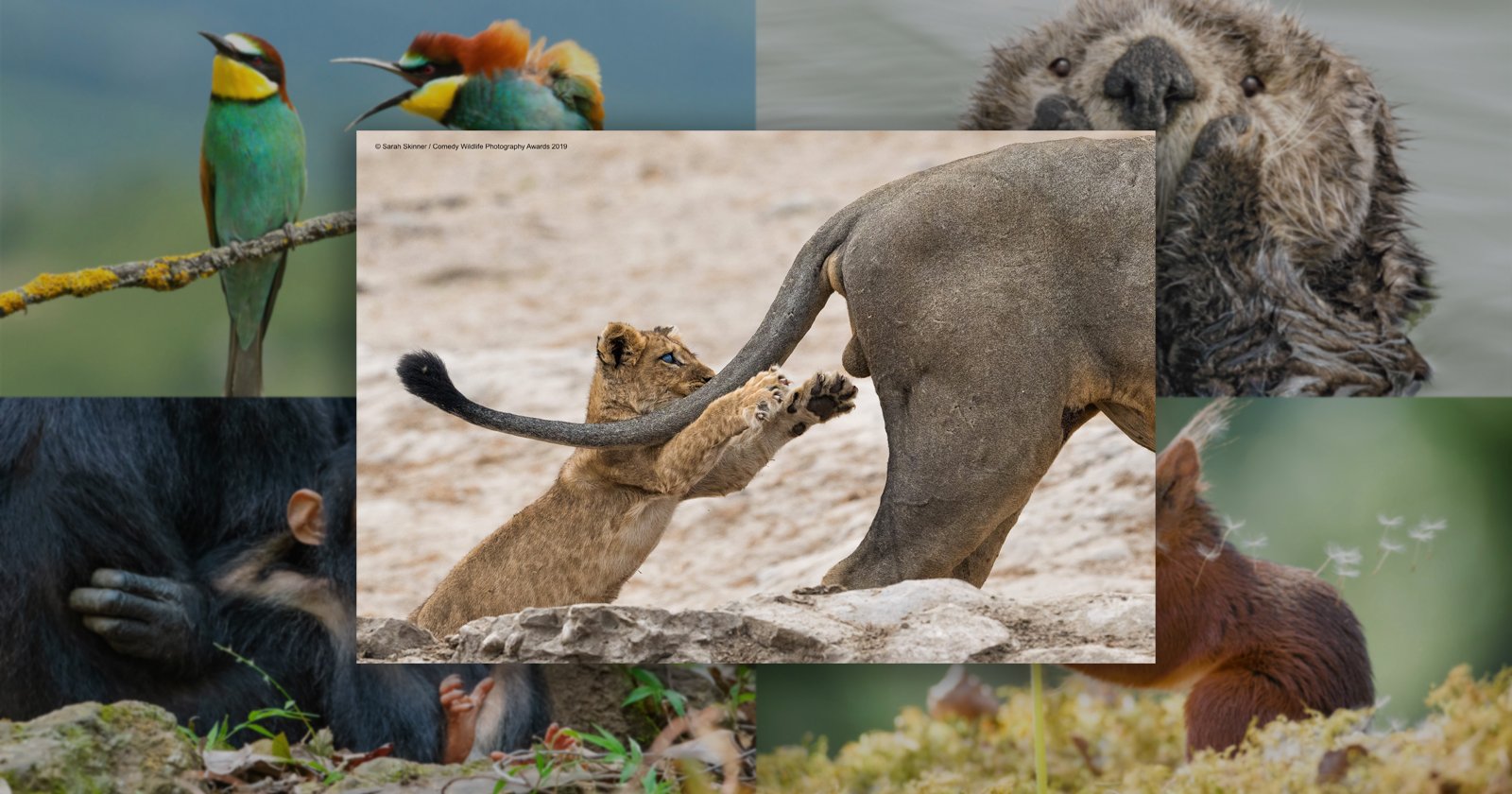 After revealing the finalists of this year’s contest in September, the Comedy Wildlife Photography Awards have finally revealed the 2019 winners. If you need a dose of humor in your life—and after all the dire financial news lately, who doesn’t—scroll down to see the photography equivalent of “wildlife does the darndest things.”

This year’s contest received over 4,000 entries from 68 different countries, which were whittled down to 40 finalists, and finally, one grand prize winner. This year’s overall winner is photographer Sarah Skinner, whose photo “Grab life by the…!” shows a young lioness who is about to get in sooooo much trouble with dad.

In addition to bragging rights, Skinner wins a safari in the Masai Mara, Kenya with Alex Walker’s Serian, as well as a handmade trophy from Tanzania’s “Wonder Workshop,” a Think Tank bag, and an iPad preloaded with Affinity Photo.

“It certainly warms my heart to know that this image will spread some laughter and happiness around the world,” said Skinner, reacting to the win. “I am happy to report that this lioness continues to thrive in the pride, having seen her again in October this year.”

In addition to the overall winner, the awards also named an “Affinity Photo People’s Choice Award,” a “Spectrum Photo Creatures of the Air Award,” and recognized 12 entries as “Highly Commended Winners.” Scroll down to see all of the awarded images for yourself:

To find out more about the Comedy Wildlife Photography Awards, submit for next year’s contest, or read all about the conservation message that the awards hope to send, head over to the CWPA website by clicking here.