Skater XL has an achievement that can only be unlocked after travelling over 40,000 in-game kilometres, which would take you approximately 2,700 hours of doing virtual ollies.

Trophy hunters are not happy. If you’ve managed to nab every other achievement in Skater XL, and are becoming increasingly infuriated by the dastardly “Travel over 40.075 km in total” one, I’m afraid I’m about to ruin your day.

Apparently the dot has managed to wander three decimal places to the right, which is a bit inconvenient for people who don’t want to skateboard the exact circumference of the earth. It’s either that or the distance tracker is broken – either way, it was supposed to be a manageable joke, but has instead become a near-impossible feat. 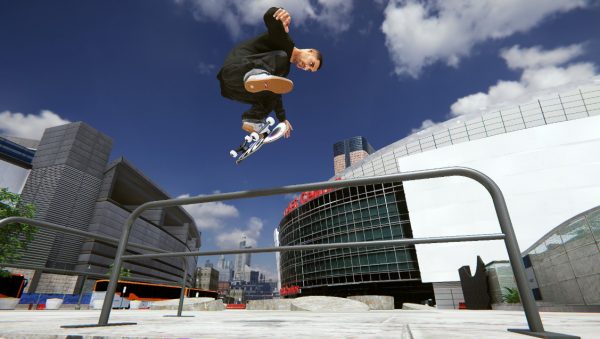 True Achievements reported that one particularly avid virtual skateboarder has taken to wrapping an elastic band around their controller to keep the X button pressed down. That way they can keep going down a ramp instead of having to manually control their skateboarder – however, although this method is quicker, it still takes 46 days to unlock.

Base PS4 owners like myself will have to get used to the sound of a jet engine cooling fan, it seems. People have confirmed that the distance tracker goes up by 1% every 12-15 hours using this method, so it definitely works. It’s still a bit absurd though. I feel bad for the skateboarders, who must be getting very tired.

We’ve reached out to Easy Day Studios for clarification on the achievement but haven’t heard back yet. We’ll update this post when they get back to us. Hopefully it’s fixed soon, so people can just do a few laps around the block instead of having to circumnavigate the literal globe.

If you’re curious about Skater XL, check out our review. If you reckon you prefer other skateboarding games, good news: Skate 4 is in early development.

The post Skater XL has an achievement that takes over 100 days to unlock appeared first on VG247.