Hello gentle readers, and welcome to the SwitchArcade Round-Up for March 31st, 2020. We’re at the end of another month, and it has felt like the longest month in a long time. Well, at least the games were good. And March isn’t going out quietly, either. There are a lot of new releases today, and a few of them are excellent. We look at all of those, check out a few news bits, and of course run through all of the new sales. Let’s see what’s what!

About a year and a half ago, the good folks at Direlight delivered an incredible premium action game on iOS called Grimvalor. It’s a solid exploratory action-RPG with nice visuals and snappy combat. And why wouldn’t it be great? It was made by some of the same people that made the excellent Swordigo. Well, if you have the desire to play the game on your Nintendo Switch, Direlight has some great news for you. Grimvalor will launch on the Switch next week, on April 7th, for a price of $12.99. 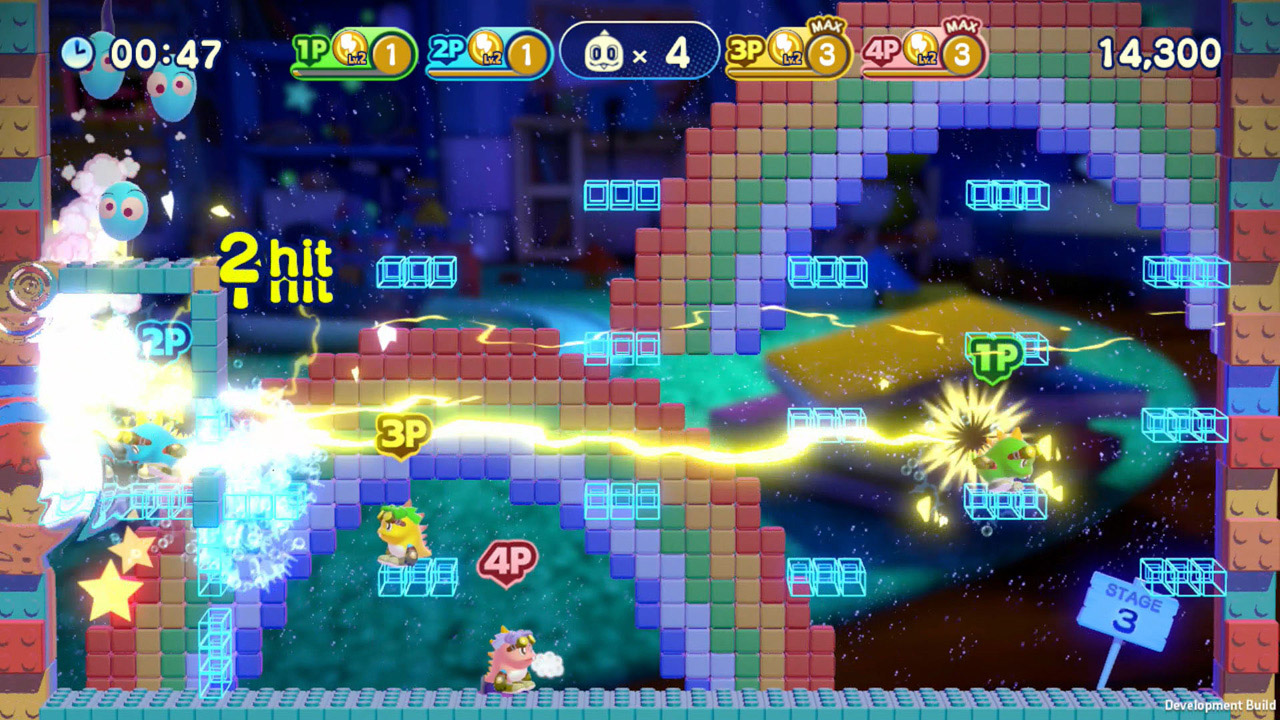 Bubble Bobble 4 Friends has just hit the North American eShop, but it has been out for a little while elsewhere. Long enough, it seems, for Taito to start considering updates with additional content. Players can look forward to new stages and the return of Baron von Blubba, the terrifying monster that stalked players who took too long to clear stages in the original game. The team is looking at other ways to improve the experience for players, so we’ll have to see what else they come up with. Currently, this extra content is planned to hit later this year, but everything seems a bit nebulous at the moment. 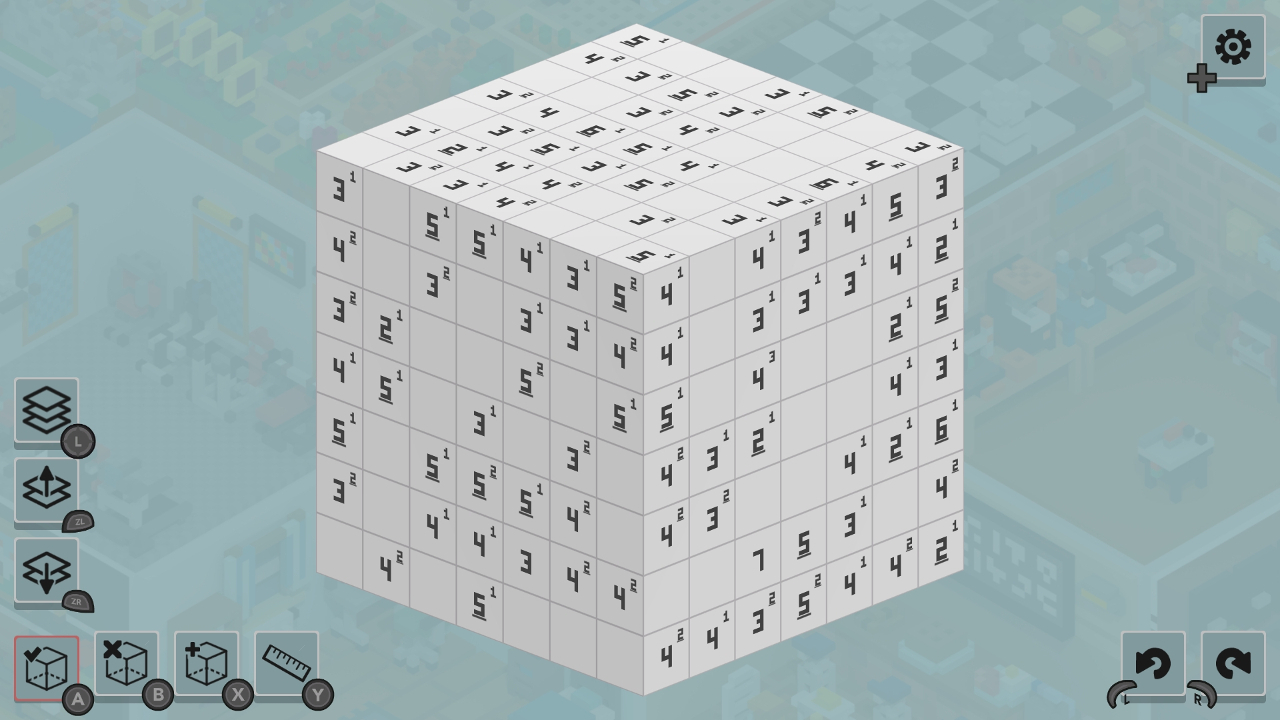 Some readers may recall the recently-released 3D Picross-like Voxelgram. It’s a pretty good stab at the concept with a somewhat cumbersome interface, and given the lack of options when it comes to the 3D variety of Picross, “pretty good” is good enough. The game has updated with 20 new puzzles, procedural puzzles, new control options, and some UI improvements. The update is free, so if you already own the game just go ahead and download the new goodies. If you don’t own it, now is a good time to grab it. 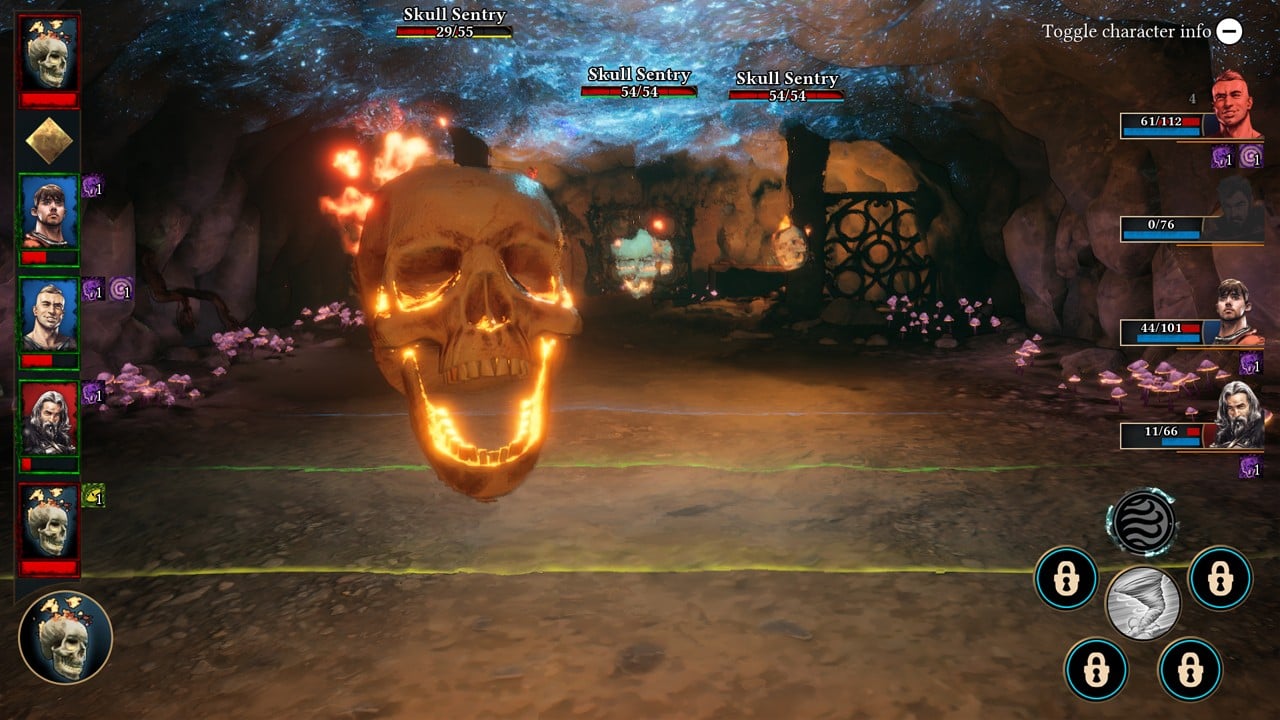 Are you like me? Do you feel like the Switch could use a lot more first-person dungeon-crawler RPGS? If so, you absolutely need to pick up Operencia. Previously a Microsoft/Epic Game Store exclusive, the game is now available on a wide variety of platforms. But only one of them can go anywhere you do, and that’s why the Switch version is my preferred port. Anyway, this is an extremely well-crafted take on the genre, one that frankly surprised me given I tend to associate Zen Studios with pinball, not math battles. I’ll have a full review of this one shortly, but you can expect a very strong recommendation from me. 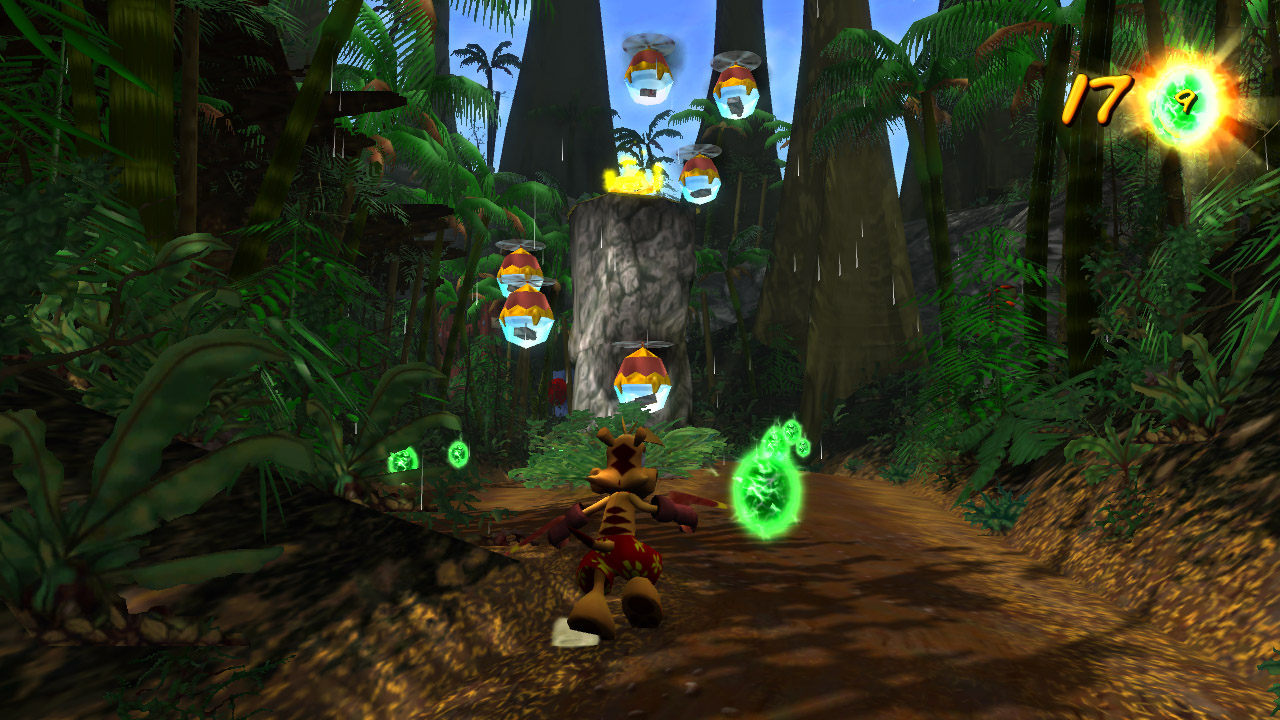 Ty is back! Well, some of you may be excited by those words. Others might be wondering who Ty is, and at least a few of you may be wondering why Ty bothered coming back. This is a 3D platformer from one of the boom eras of the genre, and while it was decidedly in the B-grade pack in its time, it was sitting in the upper ranks of the B-grade. The visuals have been given a nice upgrade, and a new Hardcore Mode has been implemented for those who are seeking new challenges. Now, don’t get me wrong: this is essentially a 15-year old 3D platformer that didn’t really knock socks off back then, so you should expect a certain amount of rough edges here. But if you love 3D platformers, you’ll probably enjoy Ty the Tasmanian Tiger HD. 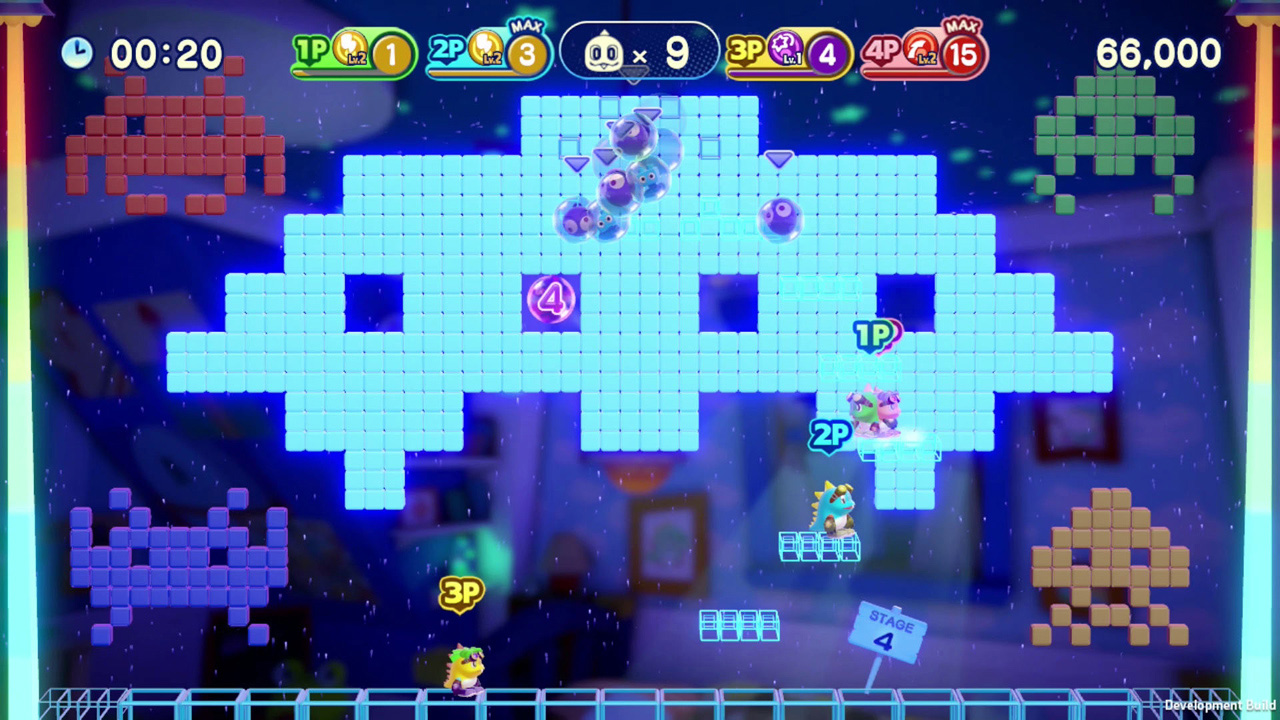 Bubble Bobble used to be really popular. Its fame was ultimately exceeded by that of its spin-off, Puzzle Bobble/Bust-A-Move, but in its time the Bubble Bobble series was beloved and influential. How you choose to number the series is up to you, but Taito has opted to call this new release Bubble Bubble 4… Friends? That part of the title refers to the fact that you can play this game with four players simultaneously, and indeed that is the funnest way to go about this. Even if you’re playing alone, though, you’ll get a satisfying bit of bubble-busting action out of Bubble Bobble 4 Friends. It even includes the original arcade version of the first game if you’d rather kick it old-school. I’ll have a review of this soon, but if you want a preview? I’m a big fan of Bubble Bobble, and I love this new one. 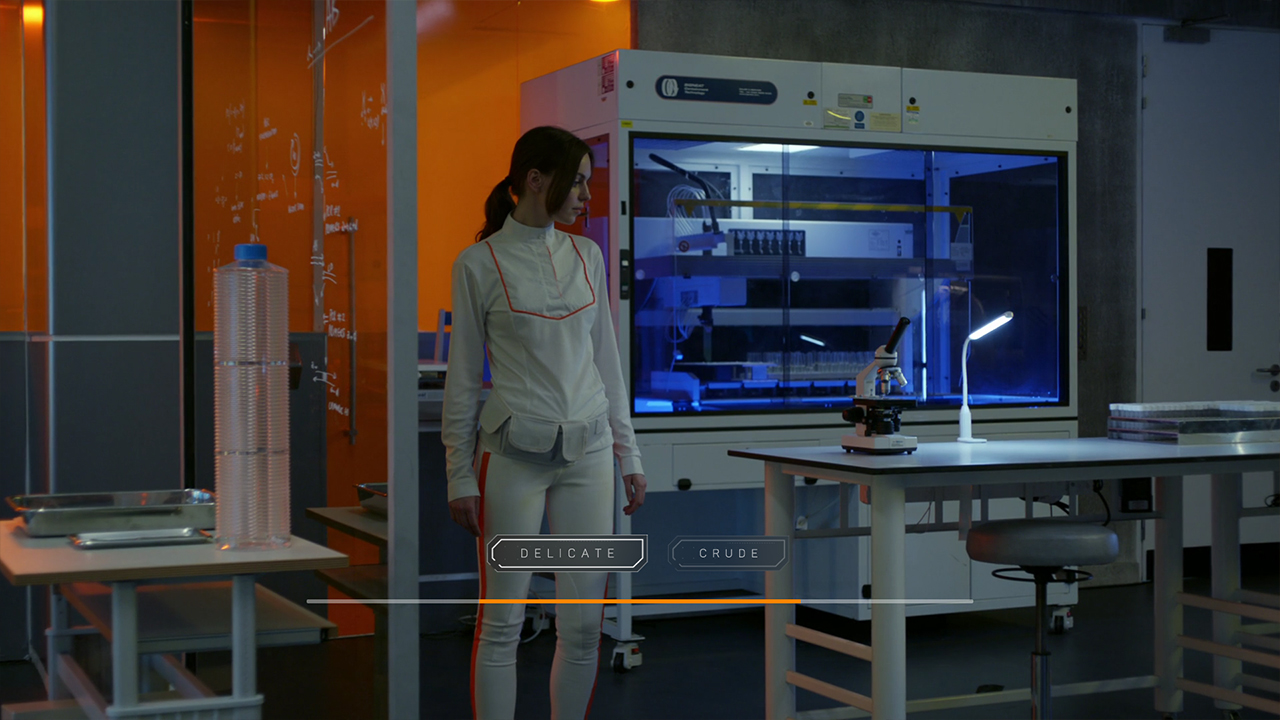 Uhh, this is awkward timing. So this is an FMV game about a pandemic-level virus that was engineered by a (thankfully fictional) foreign country and released in a bio-terrorist attack on London. You follow the story of a researcher who is working against the clock to find a cure before she meets a fatal end. You’ll make choices at certain points in the story that affect your relationships with other characters and shift the narrative. It all filters into one of eight different endings. One playthrough takes about an hour, so if you want to see all of those endings you’ll have at least several hours ahead of you. Unfortunately, the only remarkable thing about this game is the poor timing of its theme. The story, acting, and gameplay are all utterly forgettable and not even enjoyable in a “so bad it’s good” way. 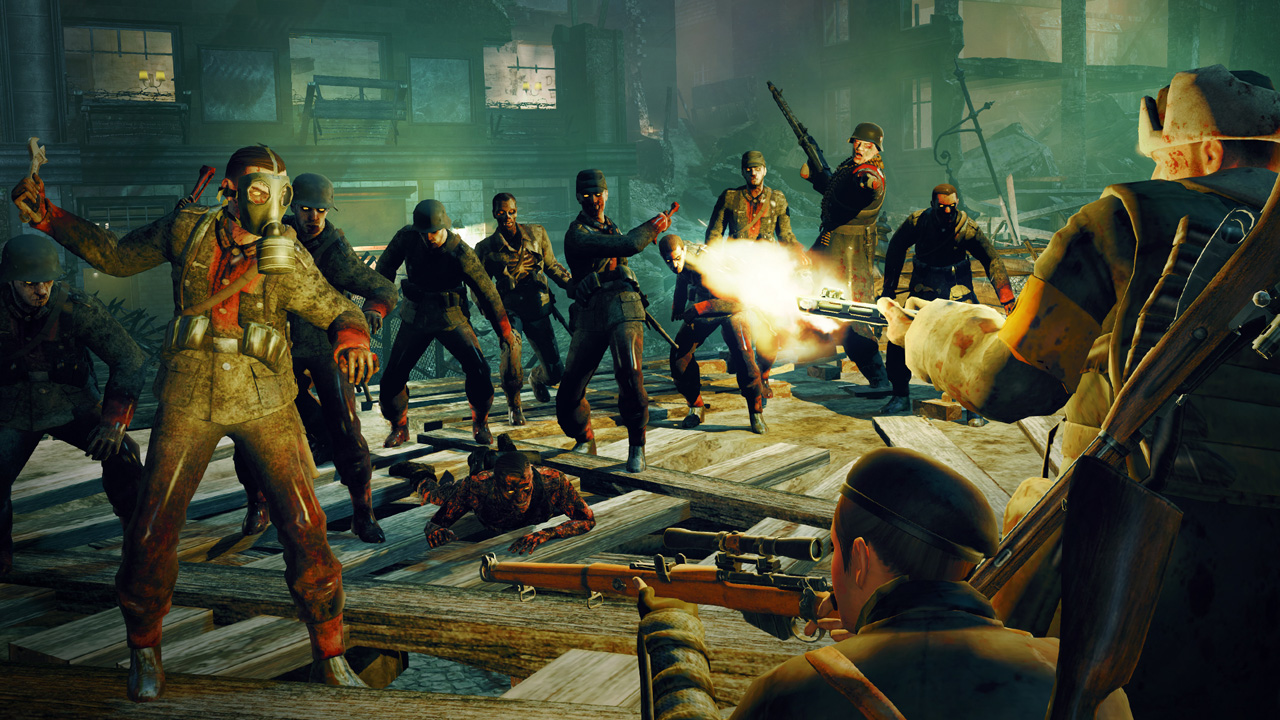 This is basically Sniper Elite crossed with Left 4 Dead, giving you three campaigns of carnage that you can play solo or with a few of your friends locally or online. For the most part, this plays almost exactly like the last couple of Sniper Elite games from Rebellion, so if you liked the way those played and want to shred some undead, you’ll have a ghoulish good time with Zombie Army Trilogy. I mean, you get to kill Nazi zombies. Who doesn’t like killing Nazi zombies? Only Nazi zombies, that’s who. 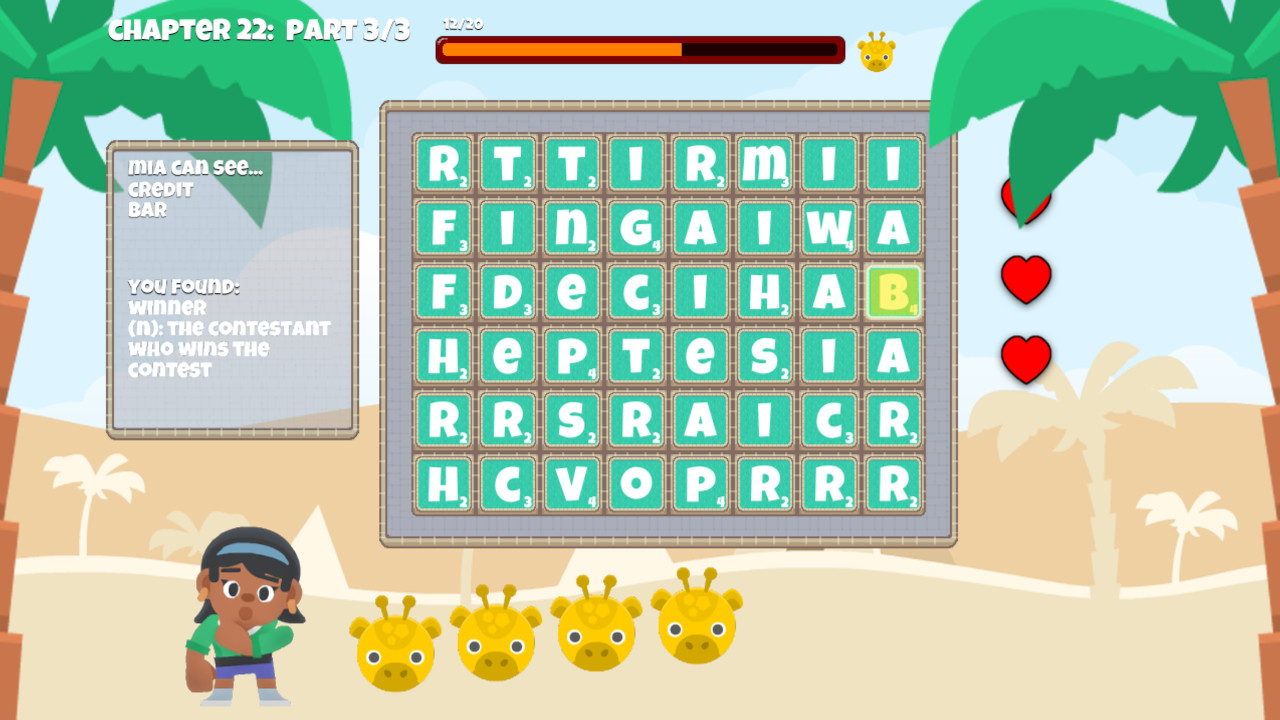 This is a word game that plays out similarly to something like Boggle. You have a board full of letters and you need to find words by connecting letters. A character called Mia will offer you some suggestions to get started, but after you’ve exhausted those, it’s all on you. It’s a level-based affair, and there’s an animal theme running through the game. You can use touch controls if you’re playing in handheld, and that’s really about all I can say about WordHerd. I’d rather play Letter Quest, but this one might be good for kids thanks to the low-pressure approach. 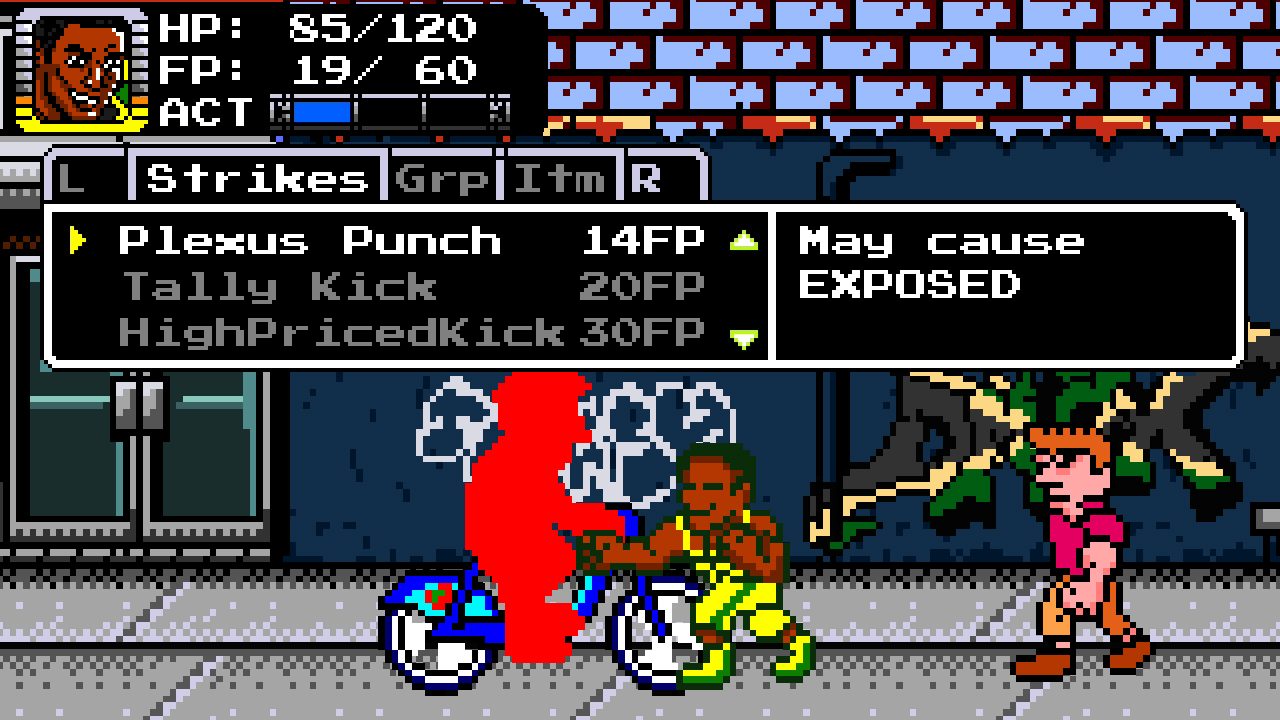 Well, this is a different take on the whole beat-em-up genre. The President has been kidnapped by ninjas! Are you a bad enough brawler to take to the pixelated streets and bash heads to rescue him? Yeah, that sounds really familiar so far, but once you actually lay hands on an enemy things get very unusual in a hurry. Hit an enemy and the action stops, prompting you to pick moves from a menu and watch them play out. Build custom combos, but keep an eye on your FP while you’re assembling them. You’ll learn some new moves on the way, further strengthening the RPG elements. This game has been in development for ages, and some of the references really show it. But you certainly can’t accuse it of lacking novelty, that’s for sure. 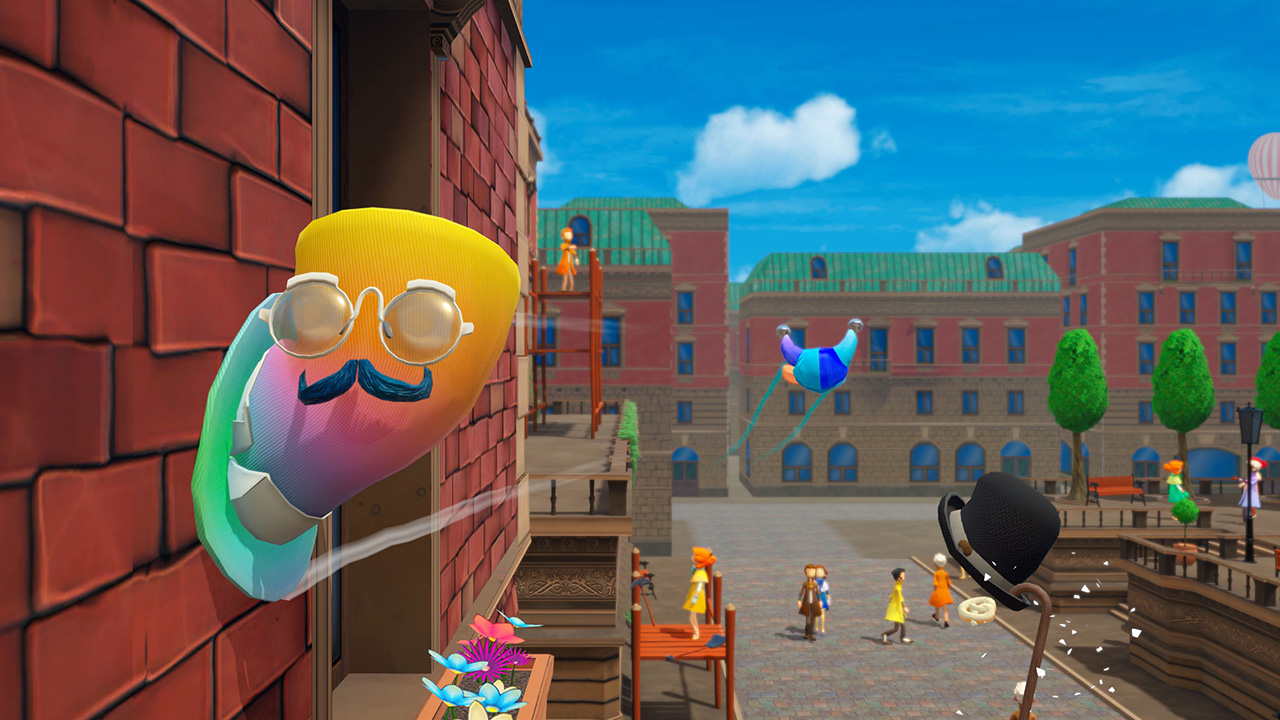 So in this one, you play as a hat that needs to hop from head to head to rack up points. Each headpiece has its own abilities and style, and you can play with up to four players in local co-op or competitive play. I can’t tell if releasing a game with local multiplayer right now is good timing or bad timing. Anyway, there are lots of items and modes to liven things up, and a challenge mode offers up some extra missions with lots of unlockables. Looks cute, but I’d have to test it with some other people to really get a feel for how good it is. I’ll let you know if it turns out to be something especially cool. 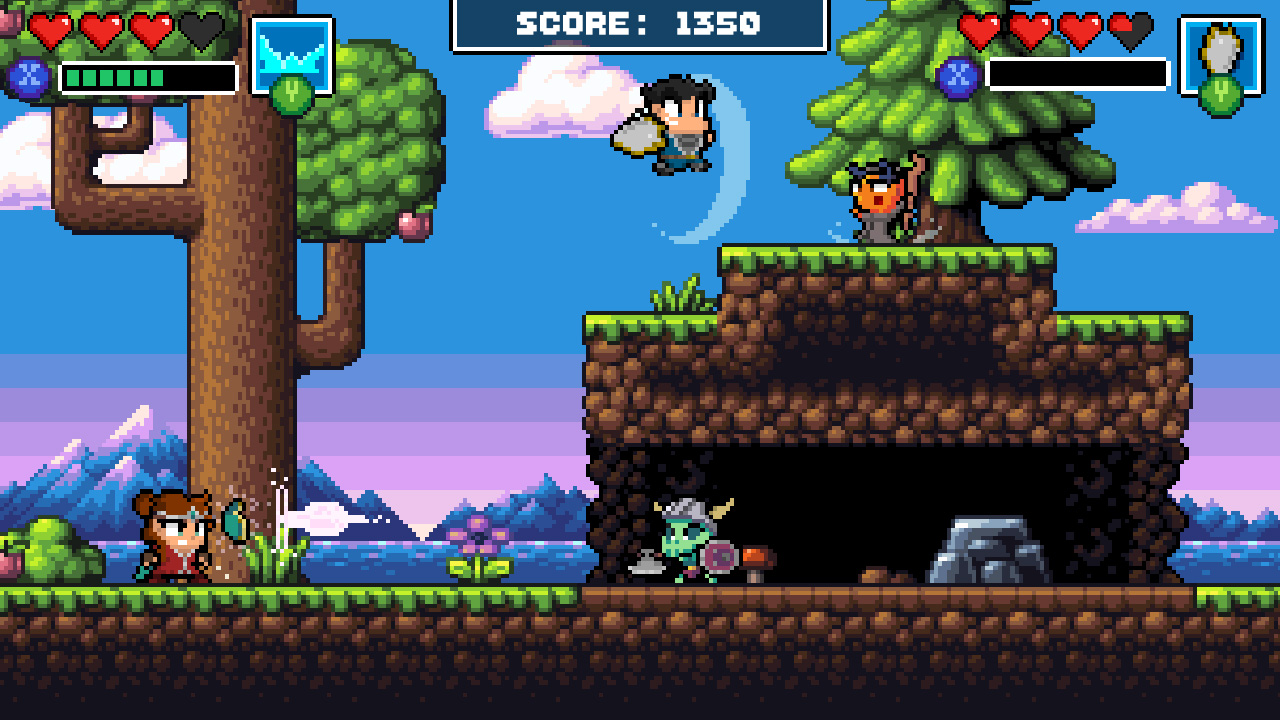 This is a side-scrolling action game with beat-em-up style mechanics. You can choose from six different characters, each with their own moves and abilities, and there is support here for local co-op with a second player. The pixel art looks decent, albeit a bit generic, and you get some nice chiptunes to smash the enemies to. It looks amusing enough, and having multiple characters gives you a reason to go through the game more than once. There are enough games similar to this out there that I have trouble mustering much excitement for another one, but if this is your jam you may want to give Stones a go.

It’s not a big list today, friends, but it is a good one. Thimbleweed Park very rarely goes on sale, and it’s well-worth playing if you like classic point-and-click adventures. Two of 10tons’s twin-stick shooters are on sale for ridiculously good prices: Neon Chrome and JYDGE. Grab them both for about half of what you would normally pay for one. Some of Ratalaika’s games are on sale if you’re looking for some nice little slices of fun, and the superb shoot-em-up Raiden V: Director’s Cut has been discounted by a healthy amount. 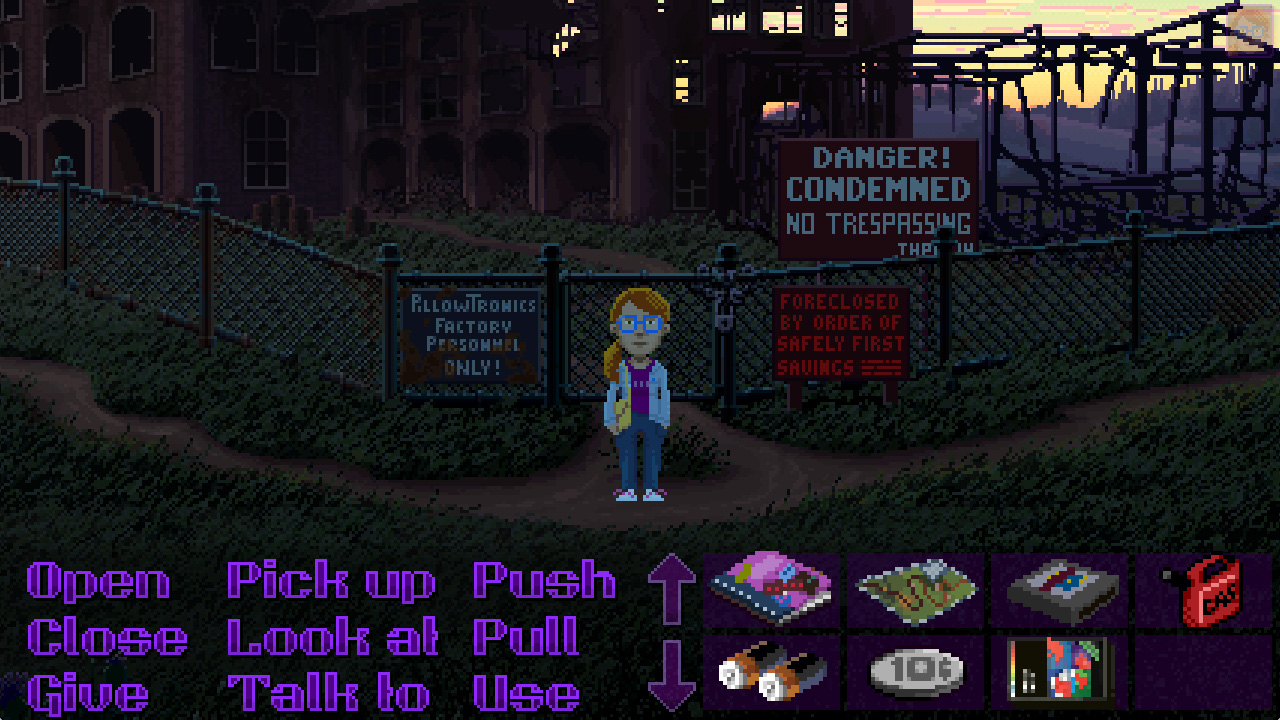 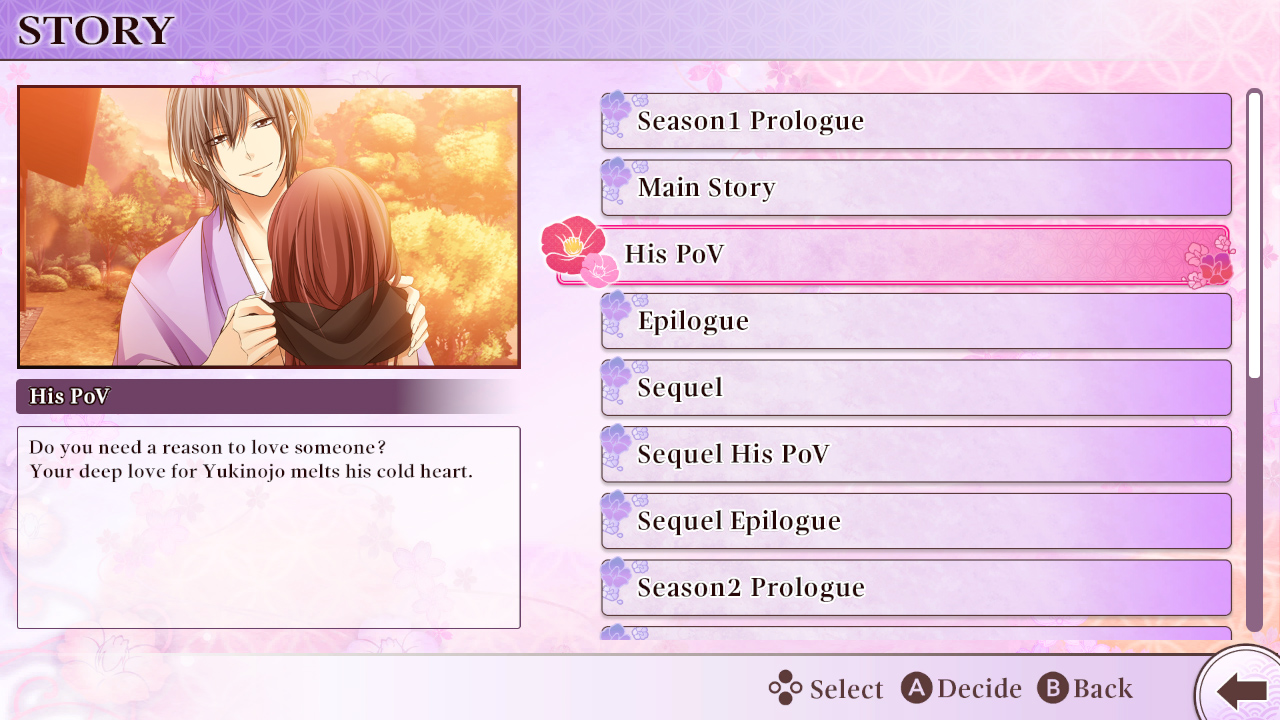 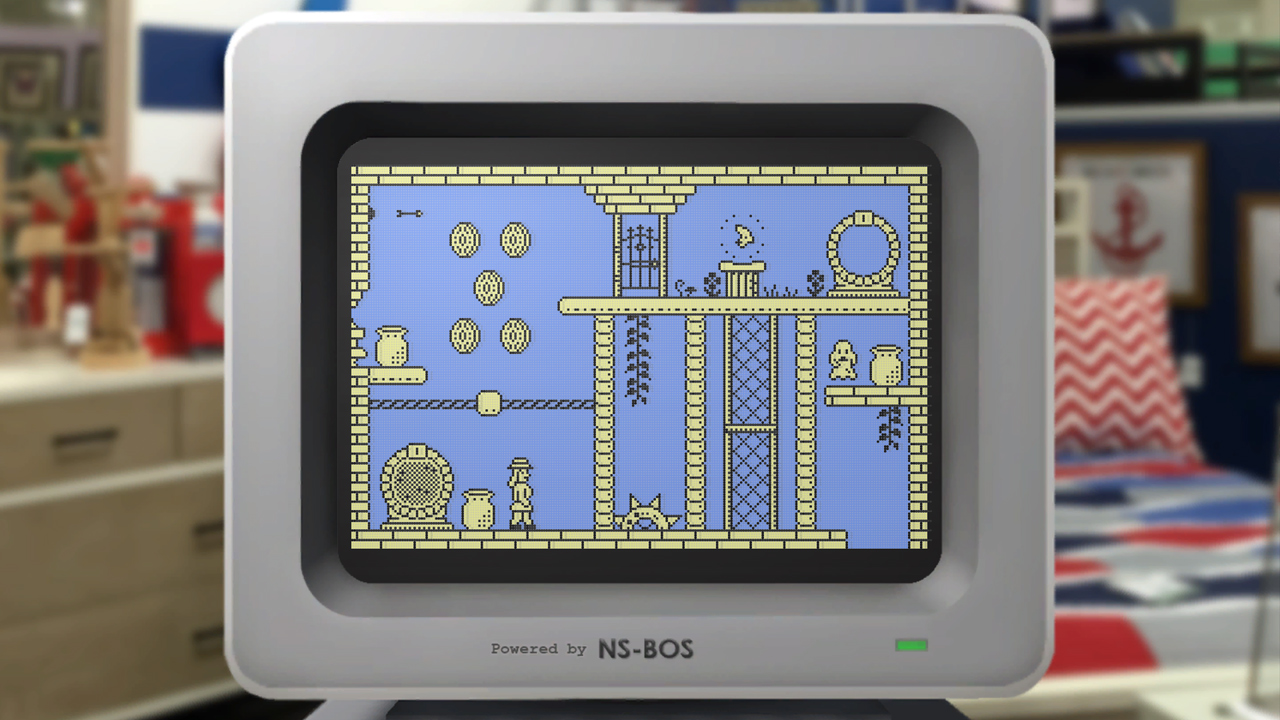 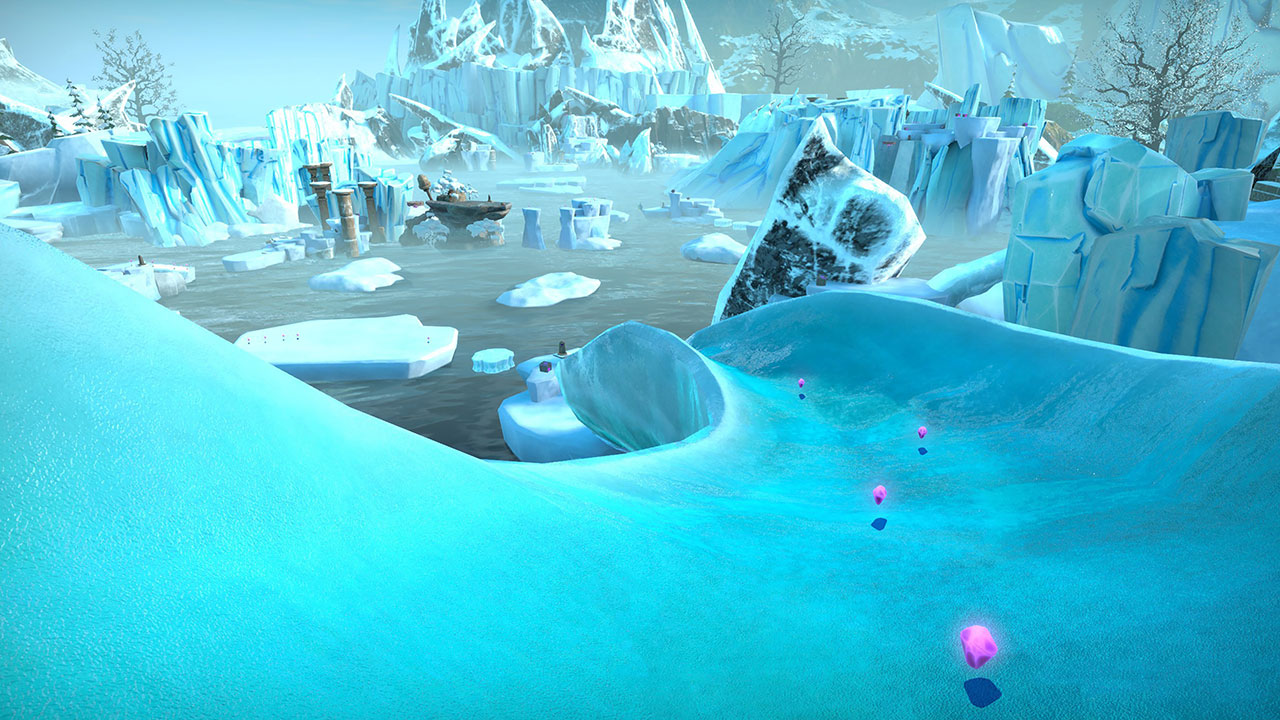 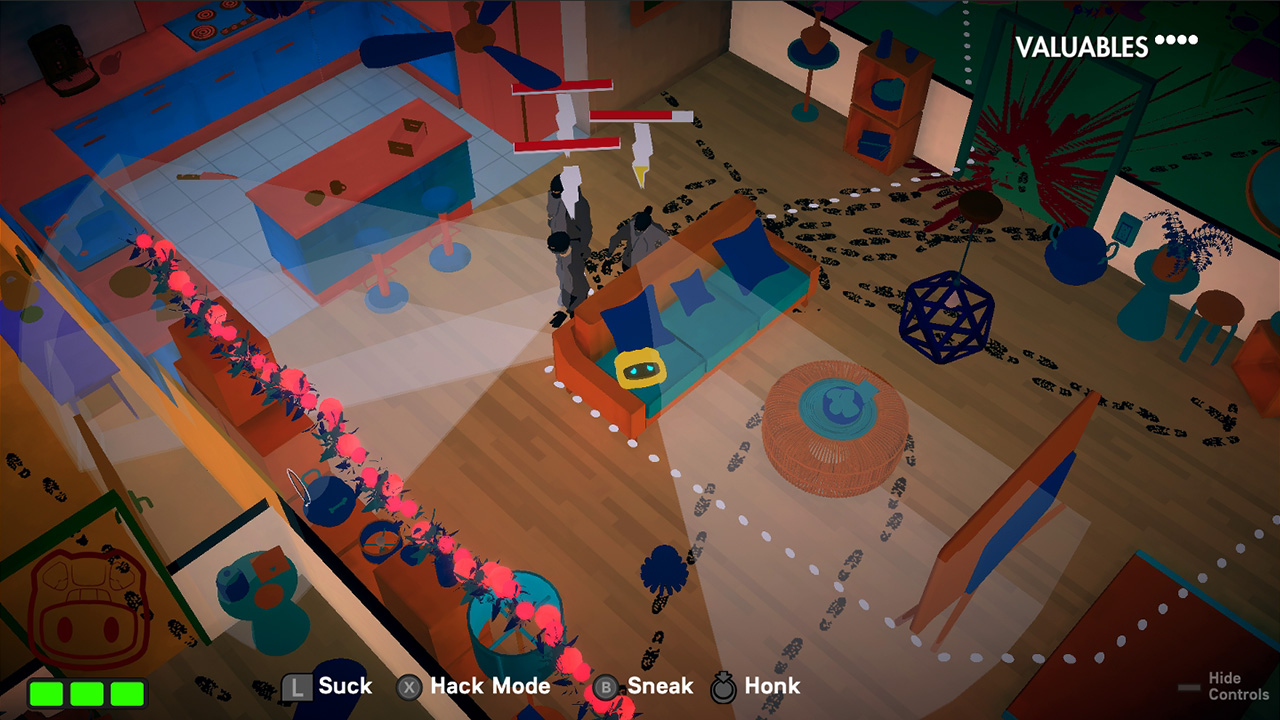 That’s all that’s good for today and this month, friends. The number of releases today meant I had to bump review content to tomorrow’s article, so you can look forward to some of that. There don’t seem to be any new releases on the schedule, but weird stuff sometimes happens at the end of a month, so we’ll see. Otherwise, we’ll have whatever news and sales come in during the next day. Have a good Tuesday, and as always, thanks for reading!