Hello gentle readers, and welcome to the SwitchArcade Round-Up for May 11th, 2020. In today’s article, we’ve got a full review of Butterscotch Shenanigans’s Levelhead. We’ve also got a Mini-View of Feathery Ears, a somewhat troubled 3D platformer. We take a look at both of the weekend’s new releases, and finish things up with a list of sales including Atari Flashback Classics and more. Let’s get right to it! 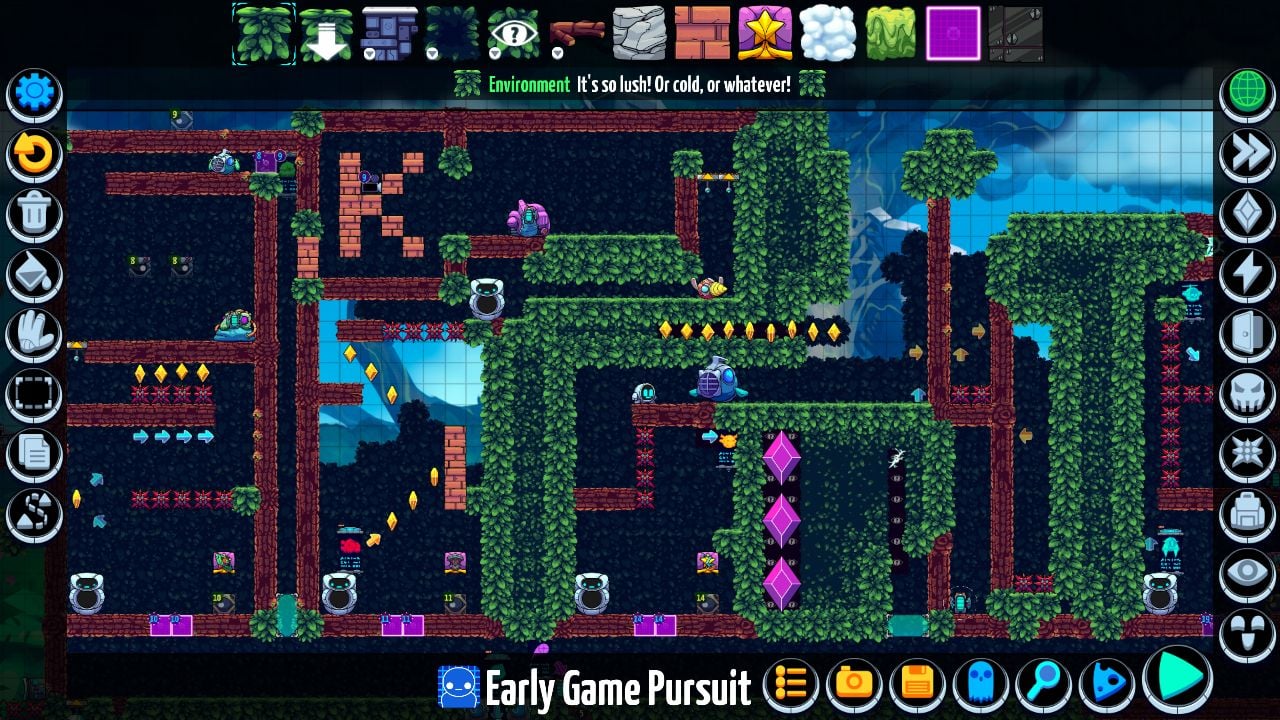 You know who knows how to make a really good game? Butterscotch Shenanigans. I loved the heck out of Crashlands, and I found their earlier, smaller titles almost and fun and certainly as polished. This time, however, the team seems to want to see how good of a game its players can make. Levelhead throws its hat into the small but very competitive “make your own platformer levels” category, and considering the competition, it comes out of it better than you might expect.

Let’s bring up the 800-lb gorilla in the room before we get too far into this. Unlike every other platform Levelhead is launching on, the Switch already has a very powerful and highly successful example of a game like this. Super Mario Maker 2 is part of the most popular platforming series in history, and the people behind it are some of the most talented and experienced in the industry. The gameplay is immediately familiar to most players, as are the various enemies and items that players can use to build their stages. Don’t come into Levelhead wondering if it can best such a mighty contender; it can’t and it doesn’t need to. 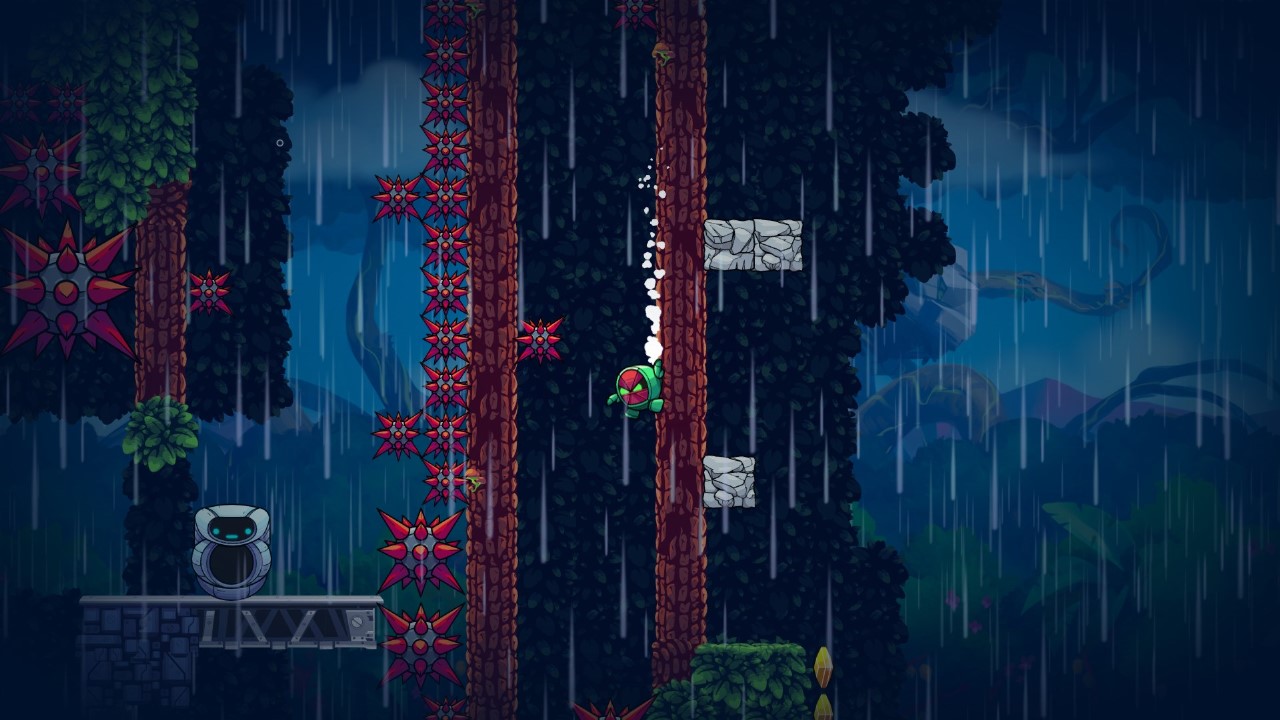 That said, there are a few areas where Levelhead works a little better, and the experience on the whole is a good one even in the places where it doesn’t stack up. The reason why making a game like this is so difficult comes down to how many vital aspects need to be nailed down for the whole thing to hang together properly. First and foremost, the gameplay behind the whole thing. Nobody wants to make levels for a game that isn’t enjoyable to play in the first place. Luckily, Levelhead holds its ground well here. The controls are tight, and the central concept of picking up a package somewhere in the level that needs to be carried to the end adds a pleasant twist to the proceedings.

The next important aspect is in the creation tools. Levelhead does well here, though it can be a little confusing at times. Most of that comes from having to learn what everything is and where you can find it. Once you get familiar with that stuff, it’s easy and enjoyable to construct a wide variety of challenges and stage ideas. It’s a little tougher to pull off unconventional designs, but it can be done. I particularly love the way the Daily Build feature, which forces you to flex your imagination with the same limited set of tools offered to every other player. As with its chief competitor, Levelhead‘s creation tools are a lot easier to use when you’re playing in handheld mode as you can make use of touch controls. 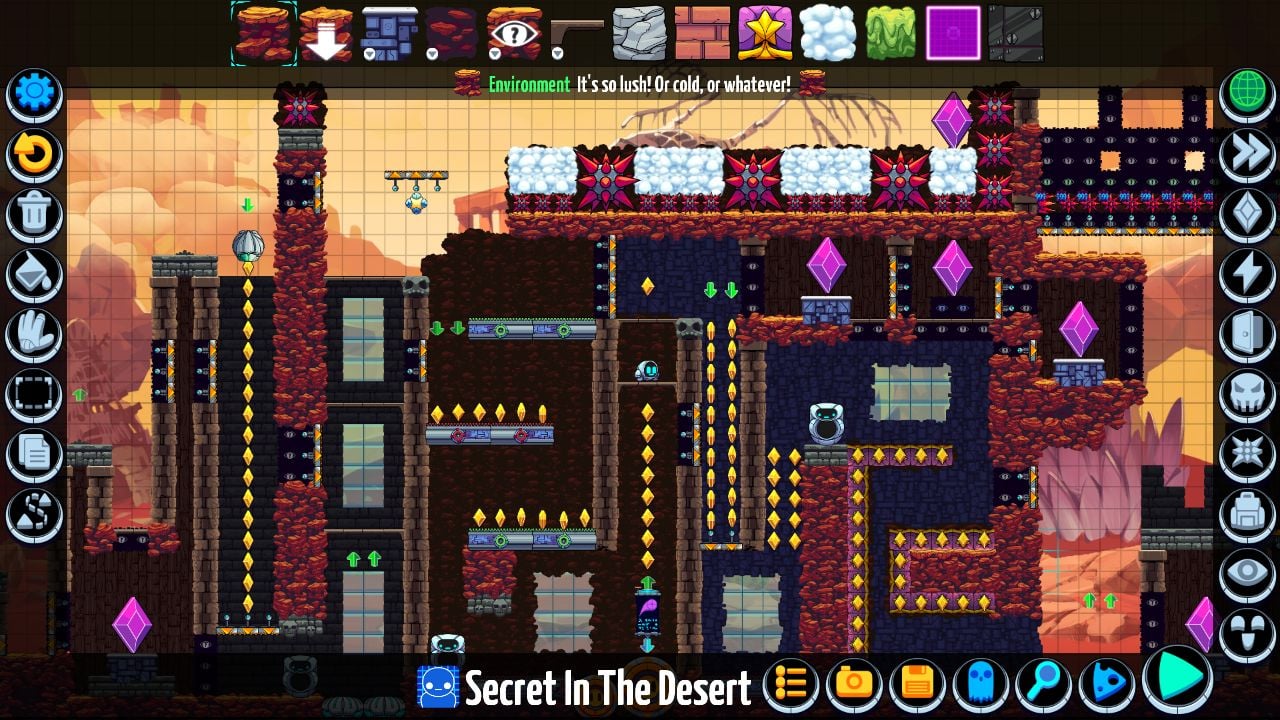 Last of all, and perhaps the area where the present king is at its weakest, is in how players can interact with all of those creations. Created levels go to what the game calls the Marketing Department, where everything is just in a big pile. By playing other people’s levels, you earn Exposure. You can then spend that Exposure on boosting your own levels, making it more likely other players will see them. The cream of the crop will eventually be moved to the Tower, a collection of the best of the best. This system encourages creators to play the stages of other creators while giving them a limited means to raise up their own works. Ideally, this should lead to more stages being sampled by more players. The cross-platform nature of the game helps keep the community active.

If you’re not into the idea of creating levels, there’s still a solid platformer here with a good built-in campaign and the promise offered by a potentially unlimited supply of player-created stages. Butterscotch Shenanigans has done its usual job of applying AAA-level polish to its indie game, with attractive visuals, excellent audio, a comfortable UI, and plenty of funny cut-scenes and jokes to keep you smiling. This Switch version is a great way to experience the game, perhaps second only to the PC version depending on whether you prefer touch controls or a mouse when it comes to creation. 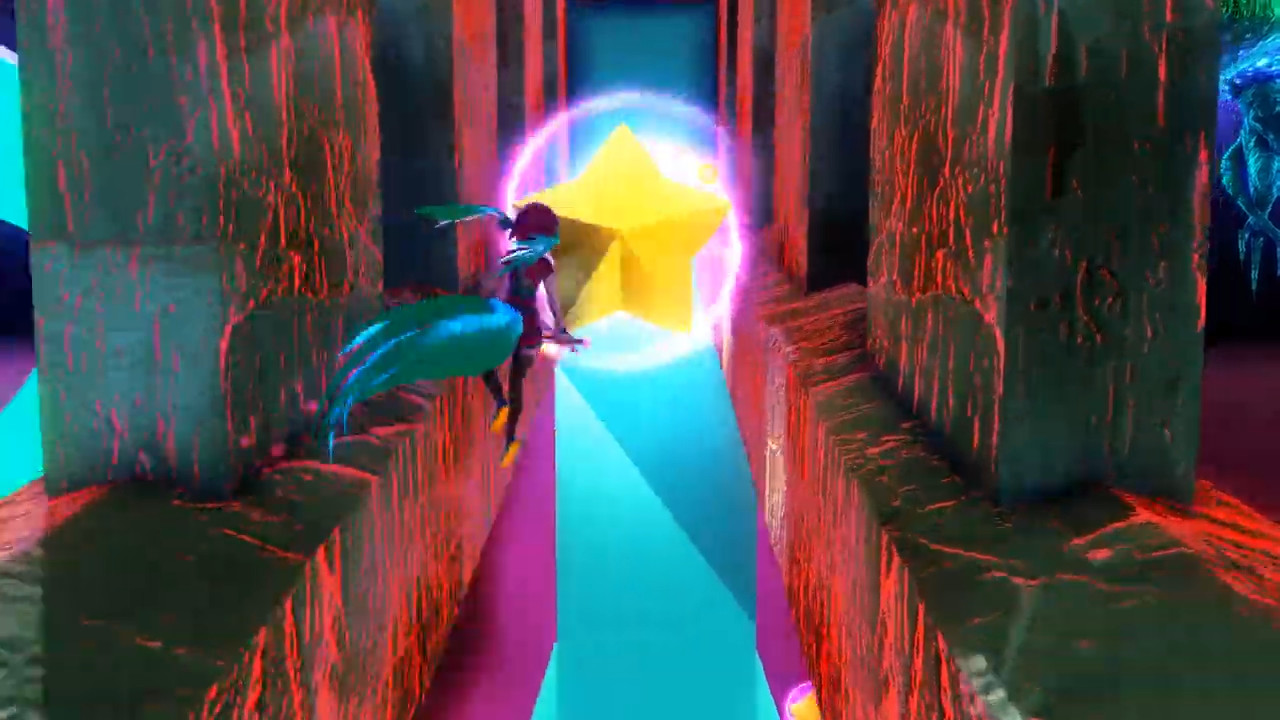 This game is basically what I was expecting when I bought it: a very loose, rough indie 3D platformer that feels more like a test than a final product. It’s quite vague, and I believe intentionally so, leaving you to figure out what to do and where to go. The world design lacks cohesion and comes off more like a bunch of disconnected mini-sets than anything else. The controls are good, if a little slippery at times, but the physics can be a bit hard to predict, making platforming frustrating. I had a number of hard crashes during my time with the game, being sent back to the Switch home screen unceremoniously with little rhyme or reason. Once you get your ducks lined up, it’s a fairly short game. I wanted to like it. I did not. 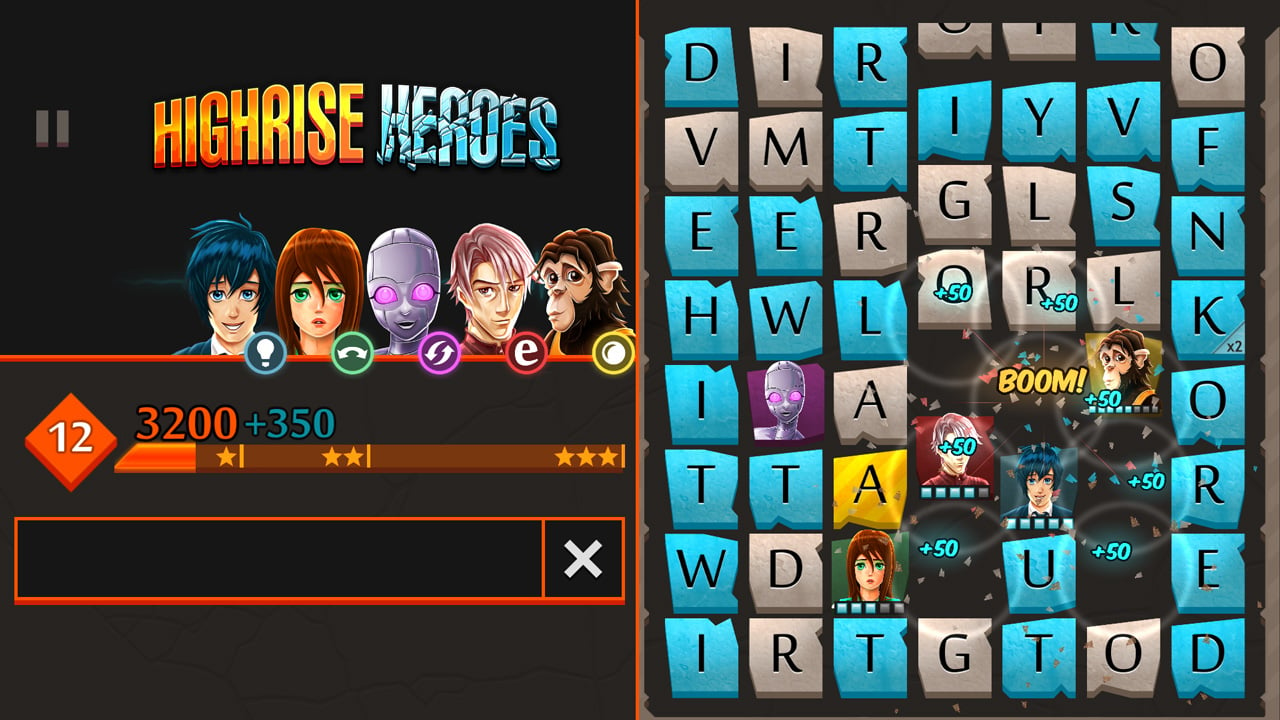 A word game with a story, hunh? Well, I’m game. A sudden earthquake has left the structural integrity of a skyscraper in severe question. An unfortunate fellow named Seb(go?) is on the top floor at the time, which leaves him with… 90 floors to traverse. Well, no pressure. Each floor takes the form of a stage where you have match letters and make words to clear a path for Seb and the people he meets. Apparently the earthquake may not be entirely natural in its origins, so that’s a mystery to resolve along the way as well. You get more than 90 levels, plus extra challenges and a dozen chimp-themed levels. Why? I don’t know! But I like it. It’s a little better on mobile, but this isn’t a bad way to play at all. 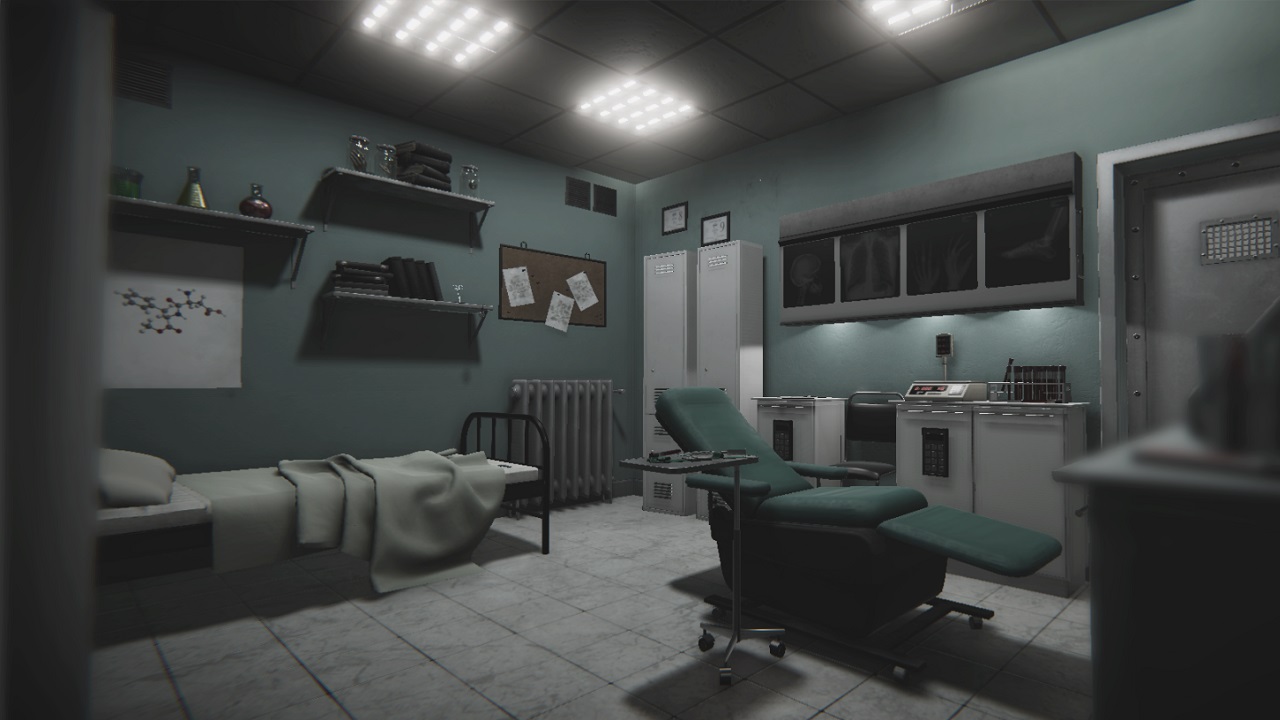 Escape Room games were all the rage ten years ago, and if I’m going to be honest this game looks like it came from that era. The real reason behind its somewhat humble visuals is that this is a port of a VR game, and as you might imagine it loses quite a bit of its punch in the transition. With extremely basic puzzles and a very brief runtime, The Experiment: Escape Room doesn’t have much going for it beyond its low price. I’m not really into these games in the first place, but a quick glance at Steam reviews tells me even fans of the genre find this one lacking.

The new sales that popped up over the weekend aren’t particularly surprising. The usual suspects are here, along with some discounts on new games that launched late last week. One face we haven’t seen before is Atari Flashback Classics, which I believe is on sale for the very first time. You get over 100 classics from the Atari 2600, the Atari 5200, and even some arcade games. The Switch isn’t well-suited to playing games designed for paddles and such, and a lot of the 2600 games have… not aged well, to say the least. But for twenty dollars, it’s a fun trip into video game history. Ubisoft’s latest sale is ending tomorrow, so grab what you want from there lest you have to, like, wait three weeks for the next Ubisoft sale or something. 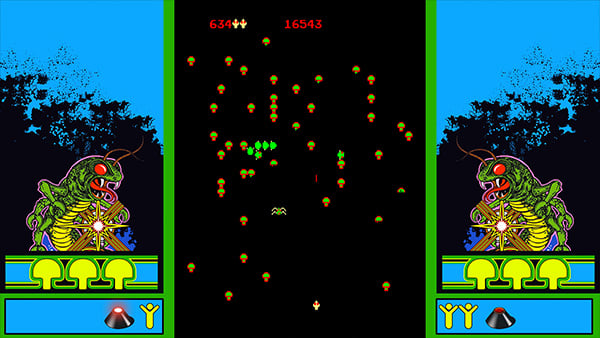 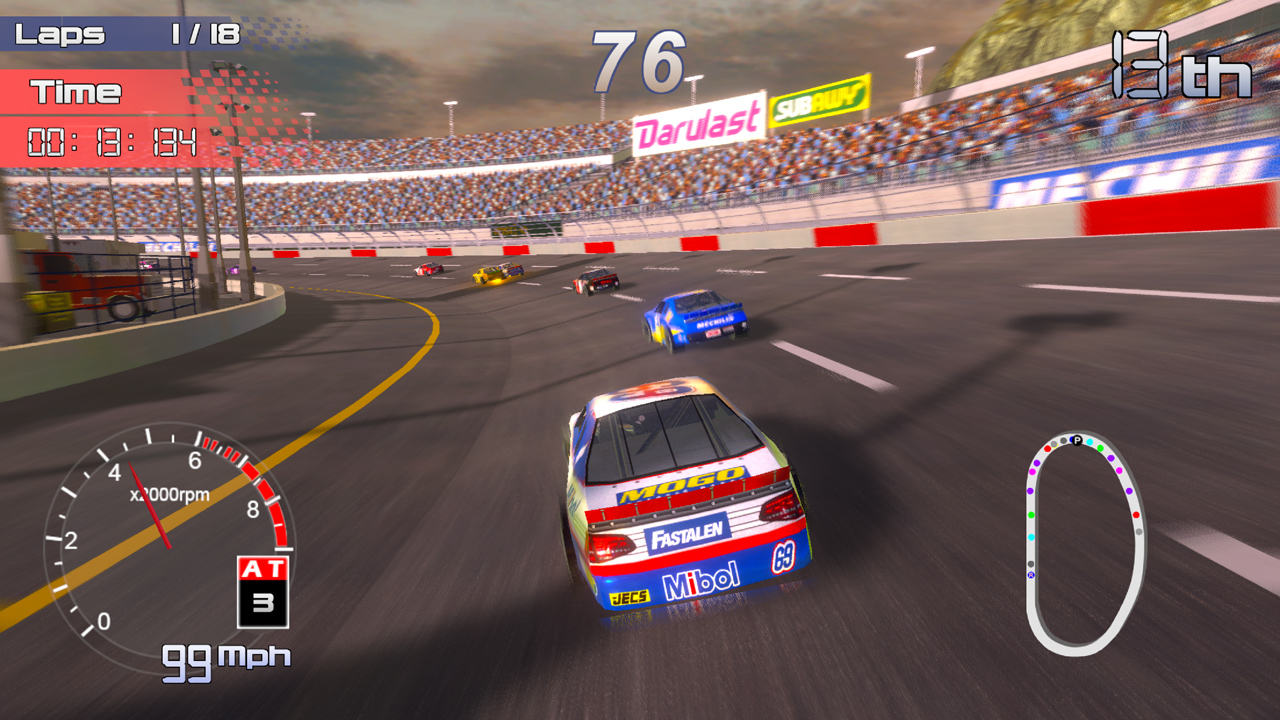 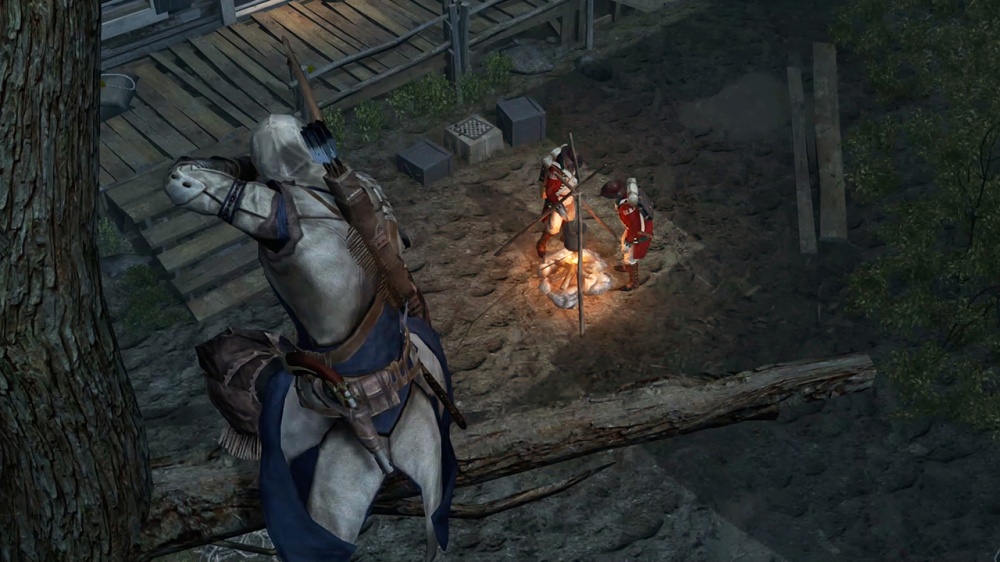 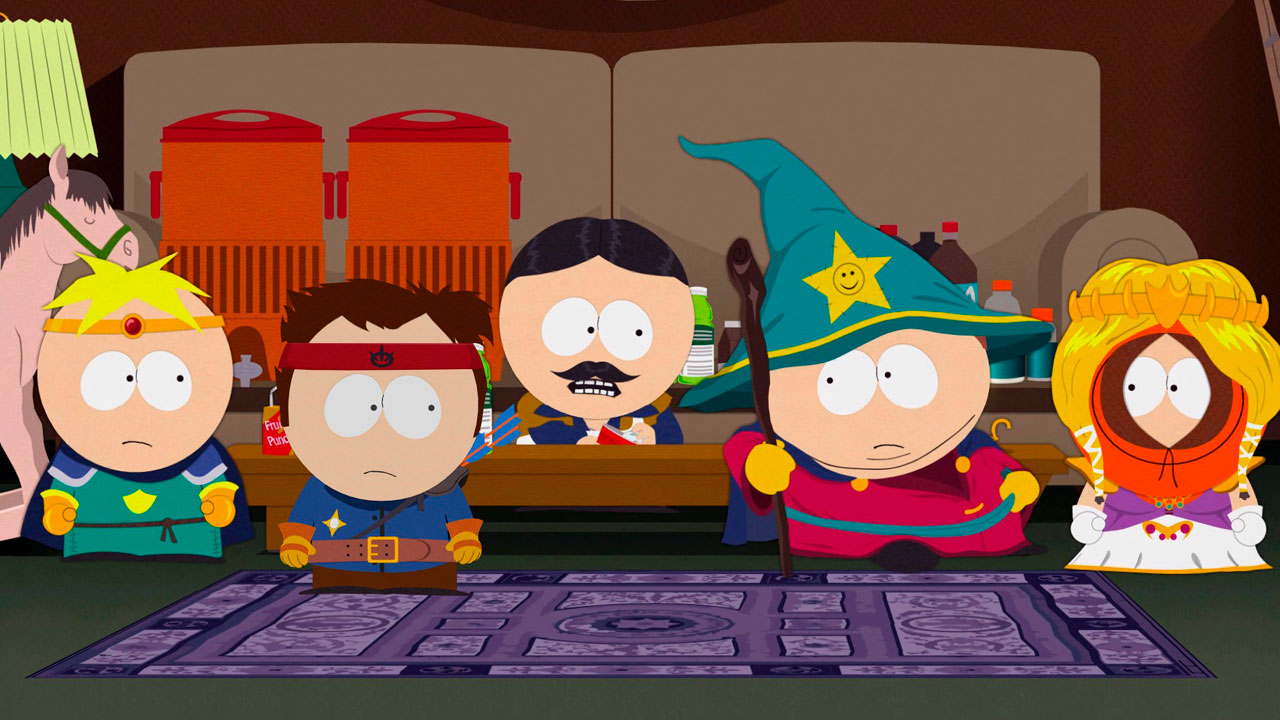 That’s all for today, friends. We’ll be back tomorrow with a look at a couple of new releases, a full review of one of last week’s new games, and hopefully some news and sales. I hope you all have a good Monday, and as always, thanks for reading!