These are the Top Streamers of 2019 according to StreamElements 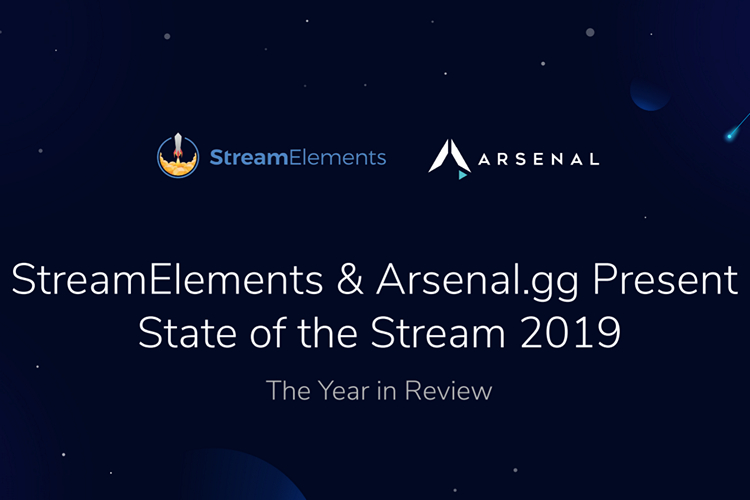 Popular livestream management platform StreamElements has released its annual State of the Stream report in collaboration with Arsenal.gg. The report provides insights into the streaming trends in live streaming platforms.

First up, let’s discuss the market share of the streaming platforms this year. Twitch lost 2% of its audience and stands at 73% while YouTube Gaming comes second with 21% followed by Facebook Gaming with 3% and Mixer with 3% despite the recent exclusive streamer acquisitions.

Don’t get me wrong, Mixer did grow its userbase to 3% from a negligible 1% but the talent acquisition appears to have made no significant impact so far. The streaming platform which had the maximum year-over-year growth, however, is Facebook Gaming at 210%.

Let’s get to the game of the year on Twitch. League of Legends has reclaimed its first place with about 990M watch hours after being pushed to the second position last year by Fortnite. Fortnite came second this year with about 880M watch hours. It is worth acknowledging that Apex Legends managed to secure the eight position on the list with 294M watch hours despite being a new entrant.

“Just Chatting” category is what people are interested in the most on Twitch apart from games. The category gained 651M watch hours and ranks third. StreamElements anticipates it to be the #2 category in 2020 as it showed a 44% year-over-year growth this year.

More insights on the trends of the streaming world are in the detailed report, which you can take a look at from the link below. So, who is your favorite game streamer? Tell us in the comments.

Check-out State of the Stream 2019 Report