This Guy Turned His Broken Computer Into a Working Camera 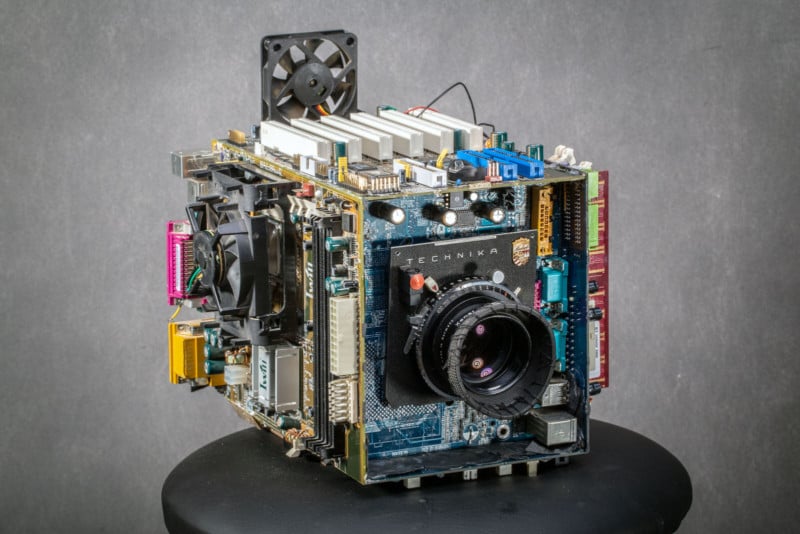 When Iranian photographer Alireza Rostami’s first computer from 20 years ago died, he decided to give it new life and a new purpose by turning it into a camera.

Rostami took the various components from the computer (and other old computers) and constructed a light-sealed box for the camera body (with the help of some light-blocking paper). 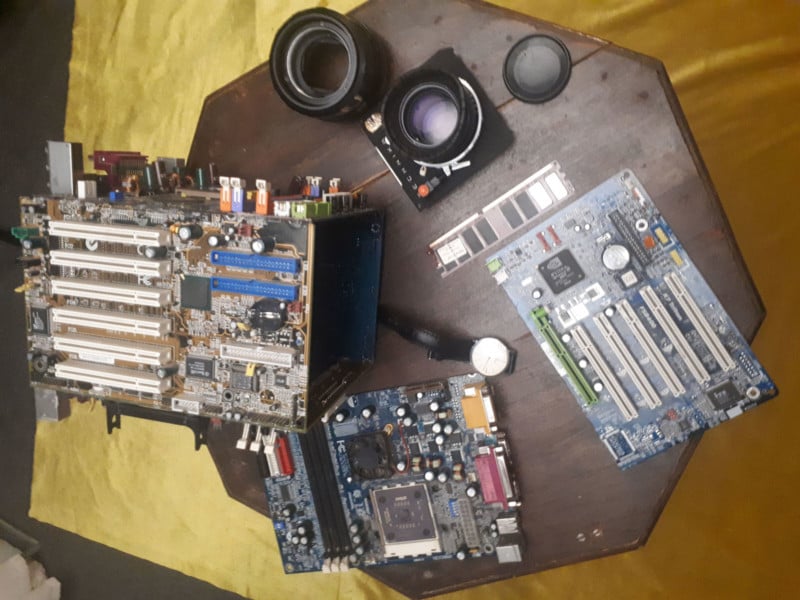 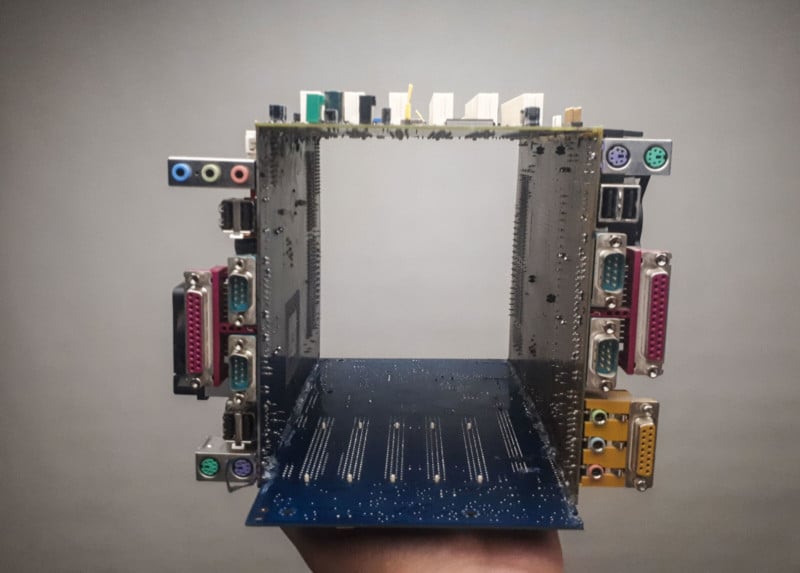 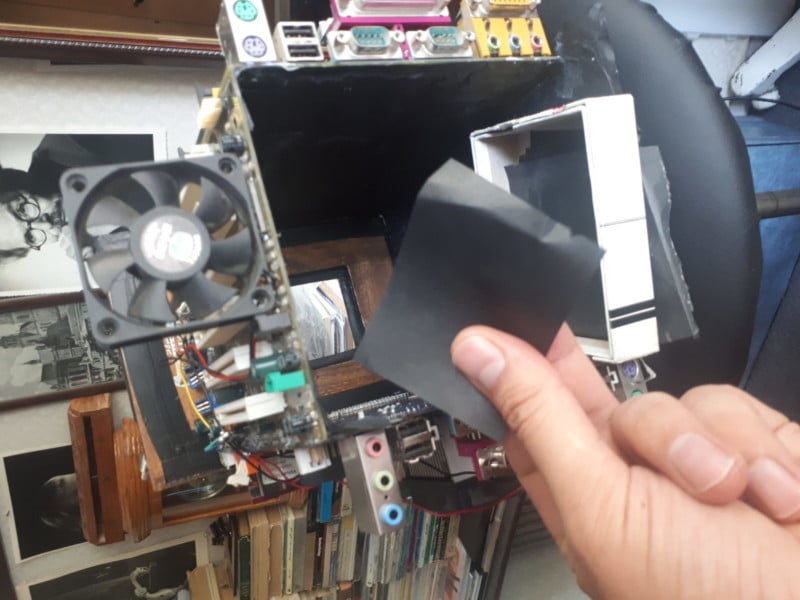 He placed a wooden backing in the rear to hold his film and a Linhof lens mount on the front. 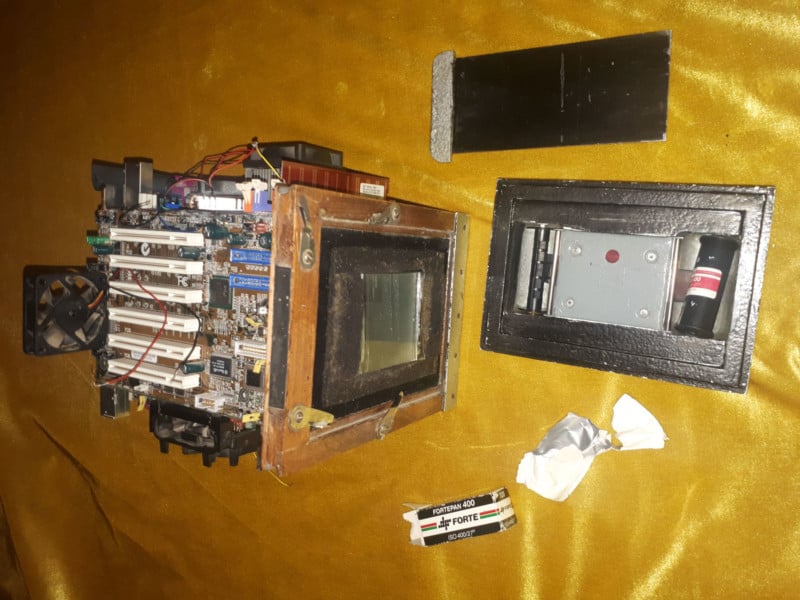 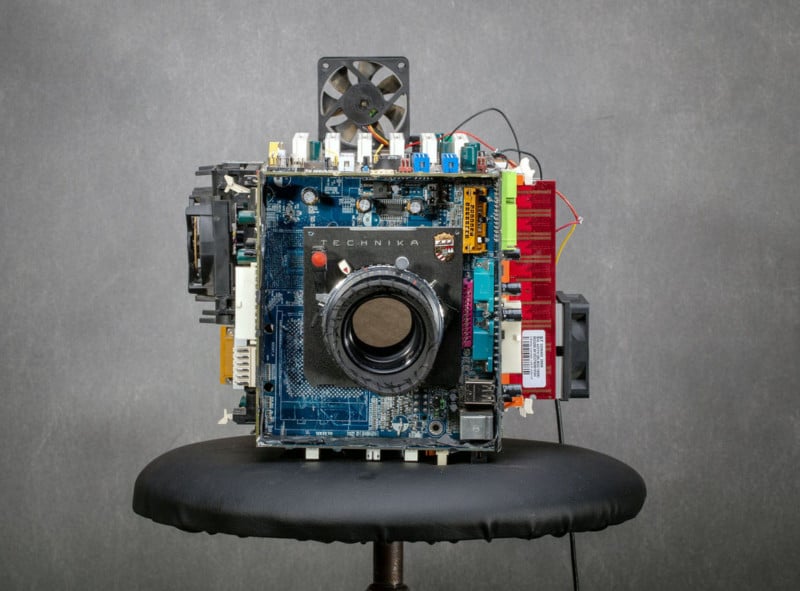 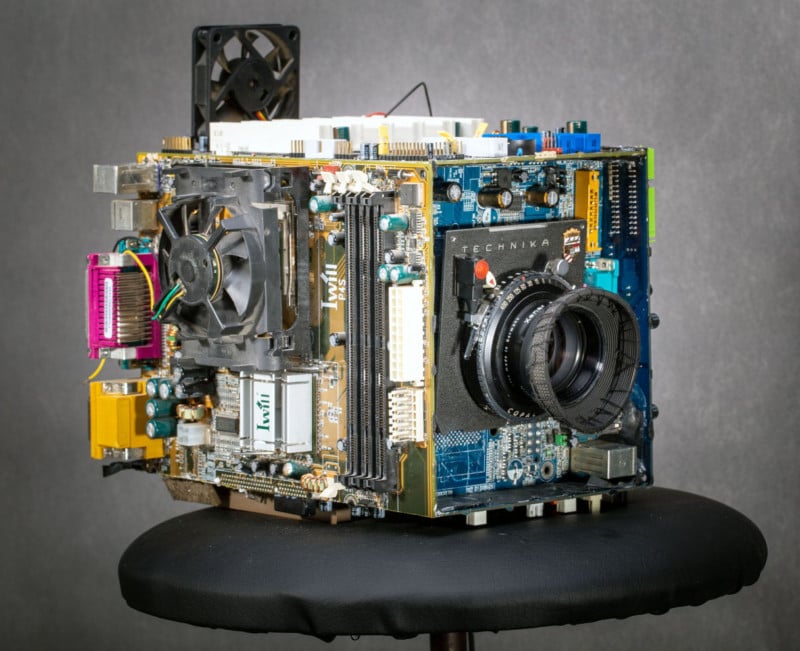 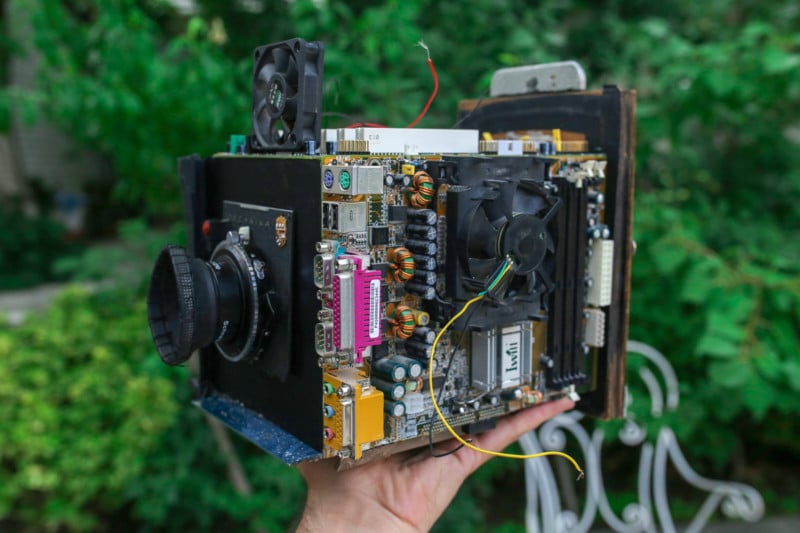 The unusual-looking camera is fully functional, as these selfies show: 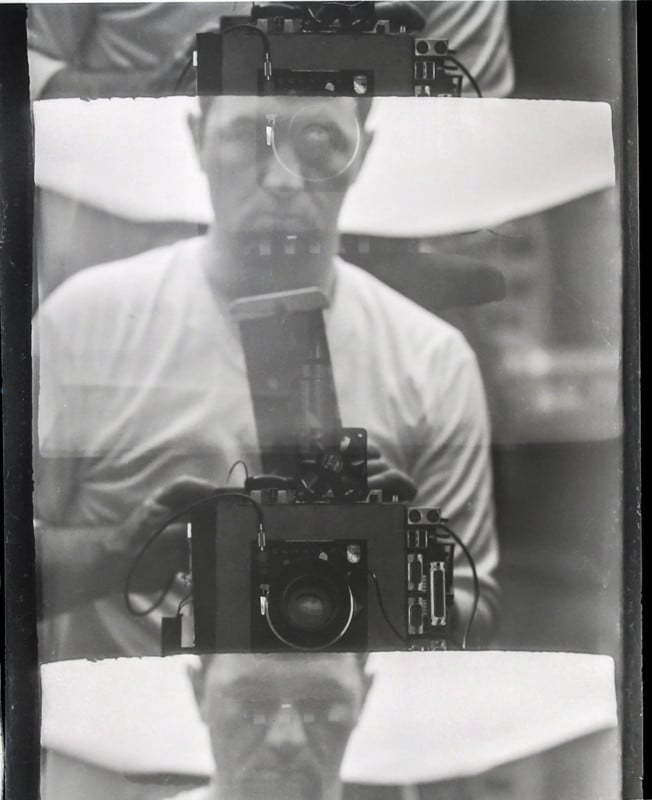 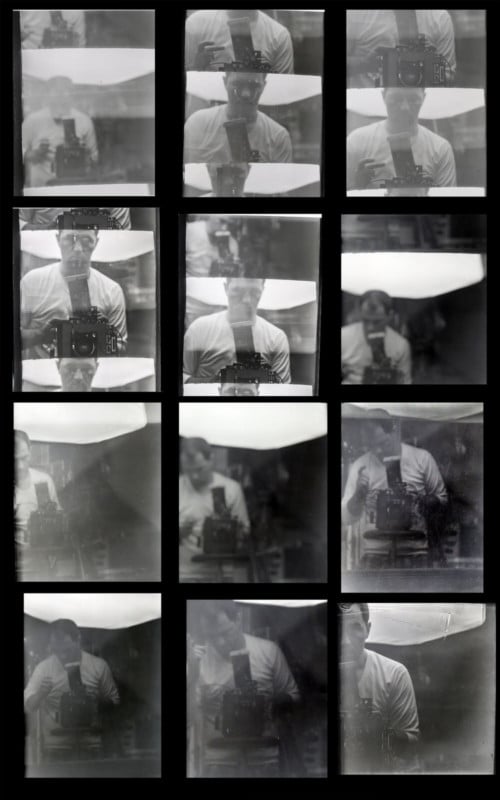 “I believe that we can always build new gadgets with a little thought and creativity — gadgets that will surprise our friends and those around us,” Rostami tells PetaPixel.

The photographer says he would love to one day make a computer camera that actually functions as both a camera and a computer.

Rostami is the same photographer who previously turned a broken camera into a working watch camera, turned a broken laptop’s screen into the “ground glass” of a view camera, and flipped an element in an old lens for “magical bokeh.”